HomeBundesligaSt. Pauli pull off the surprise and knock out BVB
Bundesliga 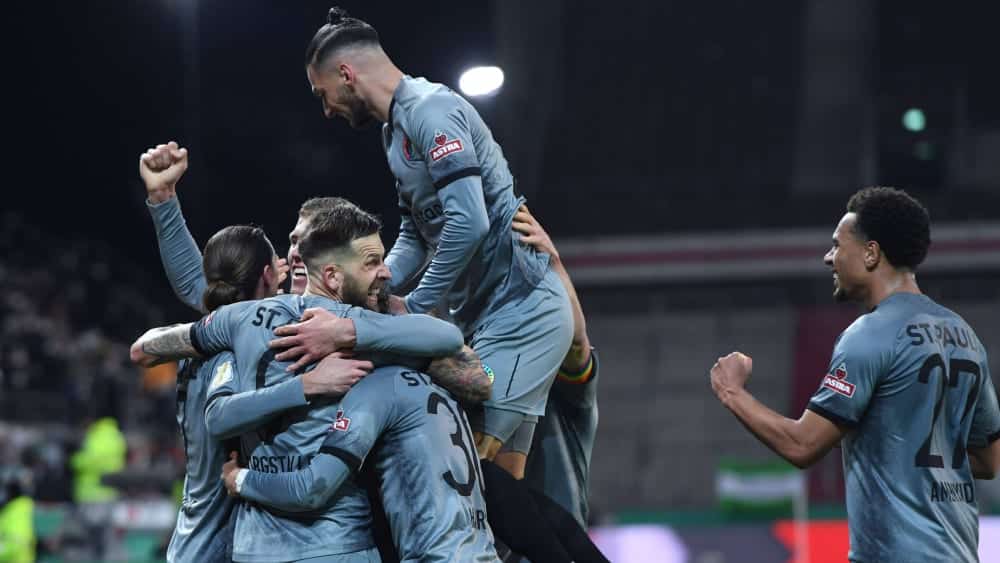 Tuesday evening saw a cup surprise in Hamburg: a spirited FC St. Pauli beat Borussia Dortmund 2:1 and knocked the defending champions out of the competition.

St. Pauli coach Timo Schultz made four changes after the 2-2 draw against Aue, the third league game in a row without a win: substitute keeper Smarsch, Lawrence, Becker and Amenyido started for Vasilj, Ziereis, Buchtmann and Dittgen (all bench).

Dortmund coach Marco Rose made three changes to his starting eleven compared to the convincing 5-1 win over Freiburg: Akanji, Witsel and Hazard started for Can (muscle injury in the adductor area), Dahoud (back pain) and Malen (bench).

The game was less than four minutes old when the 2,000 spectators at the Millerntor were able to cheer for the first time. Burgstaller sent the ball through the centre to Amenyido, who was lucky enough to pick up the ball and finish from close range. Of course, this was exactly the start the underdog had in mind.

Dortmund’s response was good, as BVB took control of the game immediately after the early shock. After a first good chance by Hazard (7th, Smarsch parried, but slightly suspected of being offside), Reus offered Dortmund’s best chance in the first half: After a dream pass by Hummels, the captain failed alone in front of Smarsch at the keeper (18th). After the following corner, the otherwise rather inconspicuous Haaland fired the ball over the top (19th).

Witsel’s clearance lands in his own goal

So the Bundesliga team’s equaliser would definitely have been deserved. But after those good minutes, Borussia ran out of clarity offensively. In the final third, BVB was too imprecise. After the early lead, St. Pauli was very busy with defensive work, not much went forward. There was, however, one clean relief attack before the break – and it had it in spades: Medic won the ball and played to Burgstaller on the right, whose cross Witsel tried to clear in front of Amenyido and sent the leather into his own goal (40.). Thus, it was 2:0 for the very spirited underdogs going into the dressing rooms.

Haaland ice-cold from the spot

After the break, BVB had a lot of possession, but the first big chance went to the Kiez: Kobel made a great save on Burgstaller’s header (54th). Borussia didn’t really have much to offer in this phase. A penalty came in handy for the Westphalians: Referee Harm Osmers awarded the penalty after viewing the video footage, initially he had not penalised Medic’s handball. Haaland converted the penalty kick to make it 1:2 (58th).

Hamburg’s reaction to conceding the goal was good, as St. Pauli continued to play courageously forward. The North Germans were also very compact defensively and made it extremely difficult for the Dortmund team. Although the home side had to do a lot of running, the second-division team did not let up and threw itself into every ball. Borussia could not find anything on the offensive except for a goal by Malen (78th). The home side survived the three minutes of injury time and entered the quarter-finals. The defending champions were eliminated in the round of 16.

St. Pauli have the next highlight in front of them on Friday (18.30) when they host HSV in the city derby. Dortmund have an away game at Hoffenheim on Saturday (3.30 pm).