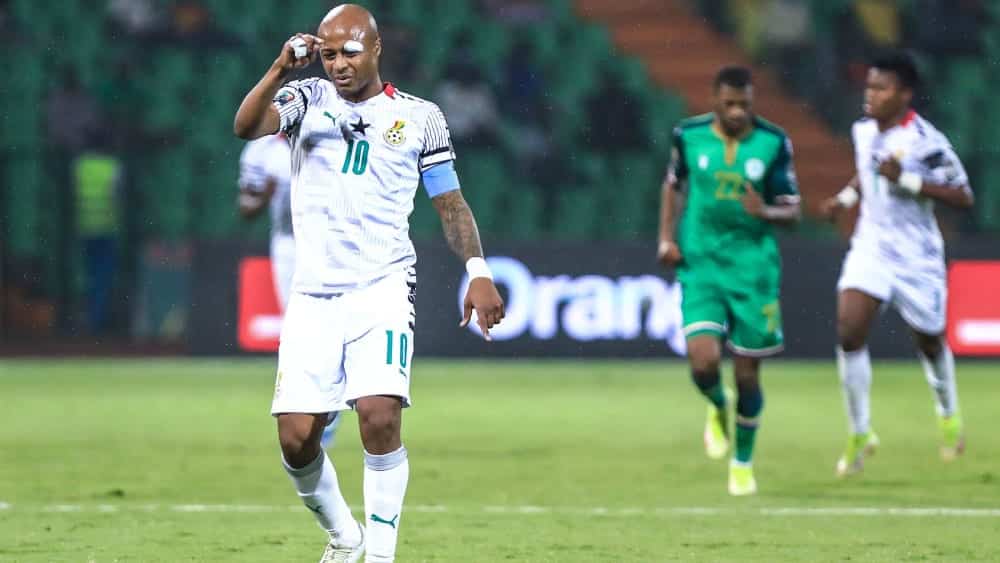 Ghana has already been eliminated from the Africa Cup after the group stage. The clear favourites were outnumbered for a long time in their 3-2 defeat to the Comoros.


After Ethiopia and Zimbabwe, record finalists Ghana have also been eliminated from the Africa Cup. Before the match against the Comoros, even second place had been possible, but an embarrassment followed.


Just four minutes into the game, Ben put Comoros, who were making their first ever appearance at the Africa Cup, into the lead. This was compounded by a totally unnecessary sending-off for André Ayew, who went into keeper Ben Boina with his leg outstretched (24th). The Comoros goalkeeper could not continue and was replaced by Ahamada, who has been without a club for a year. After the restart, Mogni made it 2-0 (61) before Ghana equalised with a double strike: Boakye (64th) and Djiku (77th) each scored from a corner.

St. Pauli will be pleased

But it was Mogni again who made the sensation perfect when he just had to push a low cross over the line from close range (85th). Ghana, who failed to reach the last 16 in 2019, are the first major nation to be eliminated from the Africa Cup. FC St. Pauli, however, should be happy about this, as it means Daniel-Kofi Kyereh will return to the Millerntor sooner than expected.

Morocco also won their group with a 2-2 draw against Gabon. It remains to be seen whether the Comoros will advance to the round of 16 via the four best third-placed teams in the group.