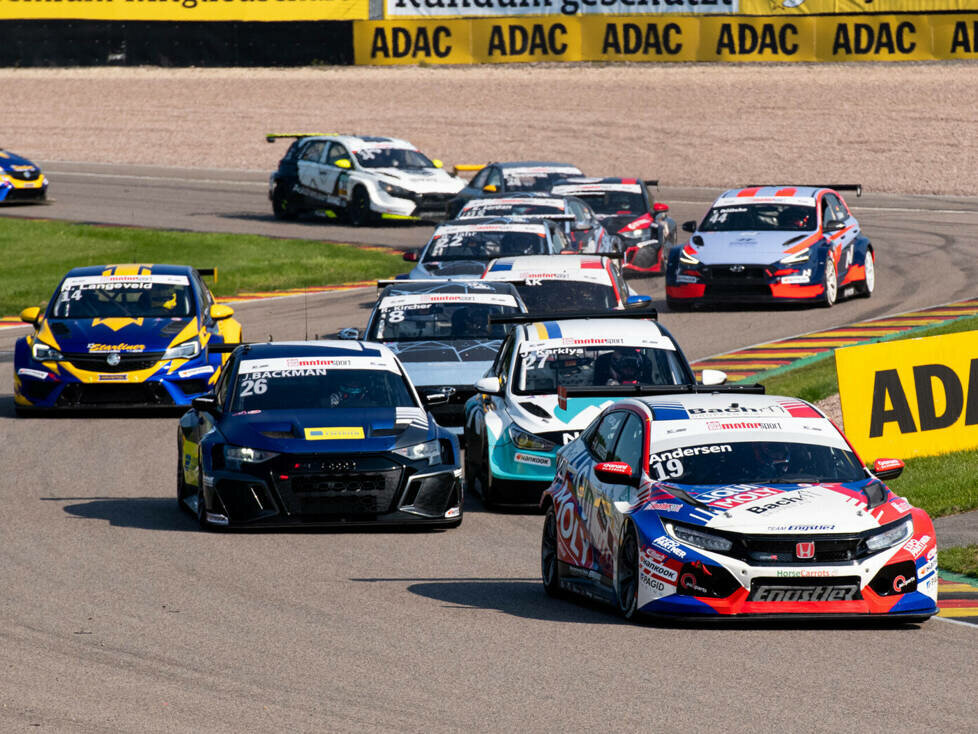 The masterpiece is done: Martin Andersen (Engstler) has crowned himself the ADAC TCR Germany drivers’ champion at the Sachsenring with his sixth race win in a row in the Honda Civic TCR. Now 91 points ahead, the Dane can no longer be caught by his pursuer Jessica Bäckman (Comtoyou), who finished second in the Audi RS 3 LMS, at the final stop at the Hockenheimring.

In addition, the Honda team Engstler secured the team championship in the ADAC touring car series for the third time after 2019 and 2021.

“The last three rounds were very tough as I had a lot going through my head. I’m very emotional right now. It’s been a long season and a great battle with Jessica. I am incredibly happy. The team did a super good job,” cheered Andersen, who will be the reigning champion at the season finale at the Hockenheimring (21-23 October).

Andersen fastest in all sessions

The 28-year-old clinched his championship title with a special feat. Andersen was the fastest rider in all six sessions of the weekend, in addition to a start-finish victory in both races for the Dane.

“I had a much better race than yesterday. I am very happy with my result,” Bäckman describes her race. “Martin is having a very consistent season and was a bit better than me in the second half of the season. He very much deserves the championship title,” said the runner-up in the drivers’ championship, congratulating her rival on the championship.

Jonas Karklys (NordPass) crossed the finish line in third place in his Hyundai i30. The Lithuanian finished about three seconds behind Bäckman’s Audi RS3. For Karklys, it is the fifth podium finish of the current season. Behind him, Niels Langeveld (Maurer) in the Holden Astra TCR confirmed his strong weekend. After finishing second in yesterday’s race, the Dutchman came home in fourth today.

From the start, Andersen made his ambitions clear to win the title. Nevertheless, it remained very close within the first five male and female drivers over the entire race distance. Shortly before the end of the race, Karklys had to defend against Langeveld, but the Lithuanian won the duel and secured his place on the podium. Behind the two followed three juniors.

Rene Kircher fluffed the start in his Hyundai i30 and dropped from second to fifth. This was also where the ROJA driver would finish the race. His closest rival in the Junior classification, Szymon Ladniak (Engstler) in a Honda Civic, finished the race in seventh place.

As a result, Ladniak has an 18-point lead over Kircher in the Junior standings. A decision will be made at the Hockenheimring. Between Kircher and Ladniak, Max Gruhn (Gruhn Stahlbau) in the Audi RS3 finished sixth and second best Junior.

Thanks to the results of Andersen and Ladniak, Team Engstler also secured the team championship this weekend in addition to the drivers’ and trophy titles, thus completing the title hat-trick at the Sachsenring. “The title is very important. The atmosphere in the team is super and Szymon and Roland did a great job as well,” Andersen is happy about the team championship.

Patrick Sing (RaceSing) crossed the finish line in eighth place in the Hyundai i30, securing his second Top 10 finish of the weekend. Ninth was Trophy guest entrant Kai Jordan (ROJA) in a Hyundai, who was also the best Trophy driver in Sunday’s race. Behind him, ROJA team boss Robin Jahr drove his Hyundai Veloster to the finish and completed the top ten.

The drivers of the ADAC TCR Germany will head to the Hockenheimring for the season finale from 21 to 23 October. This weekend will be another exciting one, both in the Junior classification and in the battle for the runner-up spot in the championship.