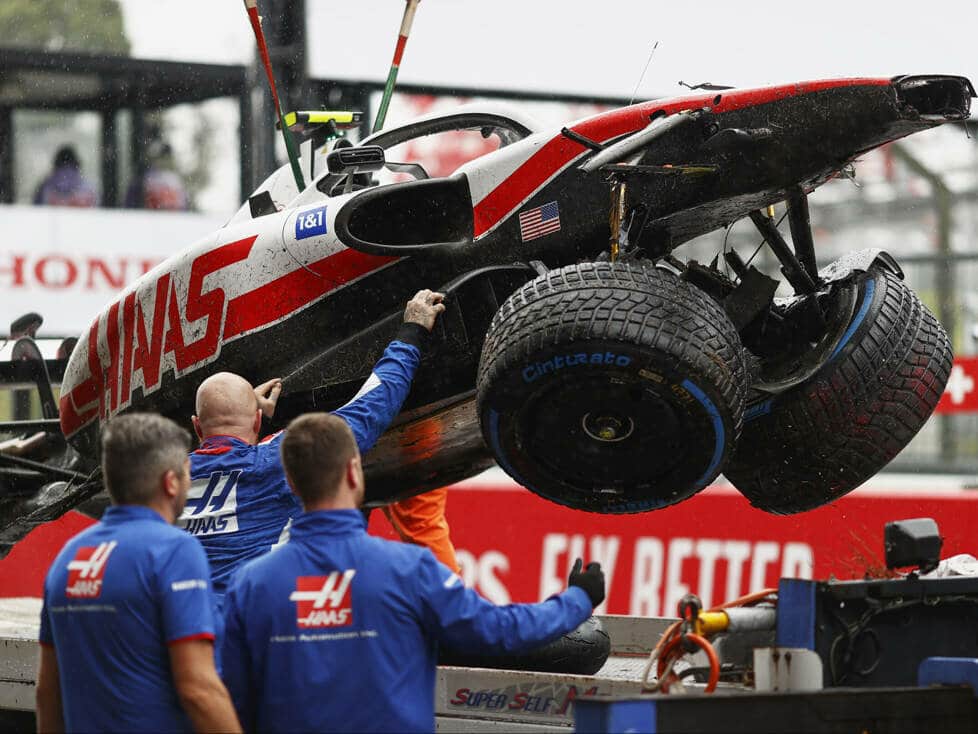 Fernando Alonso is fastest in the first practice session in Suzuka, but the session is heavily influenced by the rain – Mick Schumacher crashes after the starting exercises

Fernando Alonso has secured the first fastest time of the weekend in Formula 1 practice in Japan. The Alpine driver made the most of the window of best conditions in the rainy session to take first place ahead of the two Ferraris of Carlos Sainz and Charles Leclerc. However, the practice session was heavily dominated by rain.

Many might have wondered whether the session could be run at all, but unlike a week ago in Singapore, race control opened the practice and the pit lane on time.

And indeed, some cars ventured out right away, among them local hero Yuki Tsunoda (AlphaTauri). The first fastest time was set by Mick Schumacher, but the drivers quickly remarked that it might be dry enough for intermediates. However, it took until the halfway point of the session before the first drivers switched to intermediates.


First to go were the two Red Bulls of Max Verstappen and Sergio Perez, who were able to significantly beat the previously set full-wet times – even though it was the first timed laps ever for both of them. The Dutchman ended up sixth.

For a few minutes the drivers were able to improve their laps considerably before the rain picked up again towards the end, so that there was hardly any driving in the last ten minutes.

For Mick Schumacher, however, the session came to an unpleasant end: after time had already expired and the drivers had completed their start exercises, the German flew off in the fast left-hand turn at the end of the Esses and hit the track barrier quite hard. “I had a lot of aquaplaning,” he reported.

Earlier, the Haas driver, who remained uninjured, had set the seventh fastest time (+1.513 seconds), Sebastian Vettel (Aston Martin) was only 20th and last, 5.842 seconds behind. The times are unlikely to be of much value.

Of course, especially with aquaplaning something like that happens quickly without you being able to do much. But especially with Mick and his position, of course, everyone is paying special attention … F1 JapaneseGP pic.twitter.com/npJItFkv5y

However, Schumacher’s accident was the only one in very difficult conditions. Before that, only Nicholas Latifi (Williams) and Charles Leclerc were in the gravel once, but they managed to get out of it.

At 8 a.m. CEST, the second practice session of Friday is still on the agenda. This will be extended from 60 to 90 minutes because Pirelli actually wanted to test new slick tyres for 2023. But because the track will still be wet then, this plan will not work out.