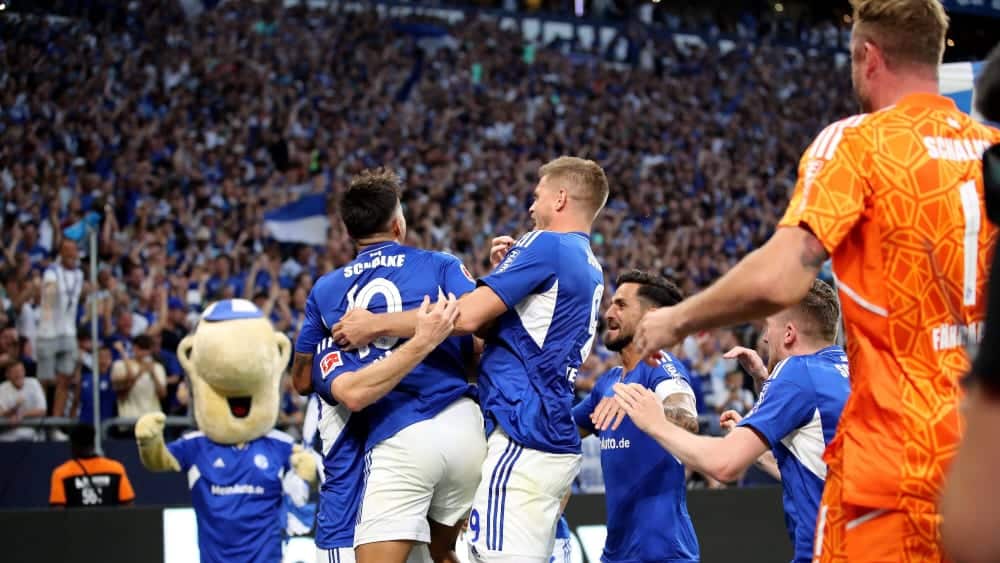 In the end, the joy at Schalke 04 was immense, as the Königsblauen had literally scored a point at the last second against Borussia Mönchengladbach. For coach Frank Kramer, a deserved point in a way that “people want to see here”.

For the royal blue supporters, the 2:2 against Mönchengladbach was a rollercoaster of emotions, especially in the second half. Rodrigo Zalazar’s 1-0 lead from the first half was lost within six minutes, so that Schalke looked like the sure loser in the closing minutes. But a blackout handball from Gladbach’s Patrick Herrmann brought S04 back in injury time and Marius Bülter converted for a fair final score.

The team had “fought passionately”, said Kramer: “We will always have setbacks in the Bundesliga. You have to stand up, that’s what the team did today. That’s what fits here and what people want to see,” Kramer said on “Sky”.

Kramer was not only satisfied with the emotional and mental performance of his team, but also with the playful performance of the promoted team in the first half. Here, Schalke “did really well”. The Knappen knew that Gladbach would have more possession, but Schalke “had a lot of shots, were more compelling”.

After the change of ends, his team was unable to pick up where it left off. Kramer continued: “We were too passive, we couldn’t set any more pinpricks.” With the late equaliser, however, Schalke still had something worth seeing for their spectators.