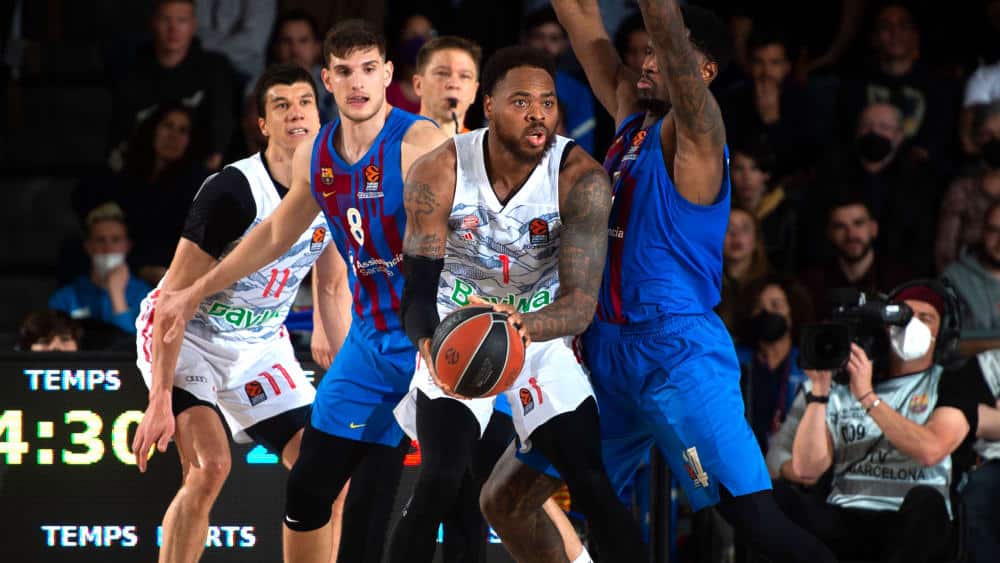 In the first game, FC Bayern sniffed the away coup at the Palau Blaugrana, in the second duel, the Trinchieri team duped the Catalans.

The FC Bayern München basketball team surprisingly won at FC Barcelona in the play-off quarter-finals of the Euroleague and evened up the best-of-five series. Coach Andrea Trinchieri’s team won 90-75 (48-35) in the second of five possible games at the top favourite on Thursday and showed strong form after the opening defeat. With two wins in their home games on Wednesday (20.30/MagentaSport) and two days later, the Bundesliga club would become the first German club to enter the Final Four in Belgrade.

As in the first encounter, the Munich team started the game much better. The visitors were ahead 23:18 after ten minutes. In contrast to the 67:77 in game one, the Bavarians did not let the first team in the main round get into the game. After just two and a half minutes in the second period, the score was 35:20 thanks to an accurate Deshaun Thomas (16 points by the break). At the break, the Trinchieri team led by 13 points without Darrun Hilliard, who injured his collarbone.

Barcelona came out of the dressing room clearly more pressured. Driven by former NBA pro Nikola Mirotic, the hosts reduced the lead to 47:53 after 25 minutes. Bayern kept the narrow advantage until shortly before the end of the third quarter. Then national player Andreas Obst converted two distance shots within 20 seconds to make it 67:56.

The team of Lithuanian coach Sarunas Jasikevicius did not recover in the final period. Bayern defended smartly and also scored again and again on the offensive. Convincing for the Munich team, who won a play-off away game for the first time, was Thomas with 25 points as well as Obst with 15 points.

Trinchieri was not about to fall into euphoria despite the success. “I know how the situation is. I am very grounded and down to earth. Barça know how to navigate through it,” the Italian said.