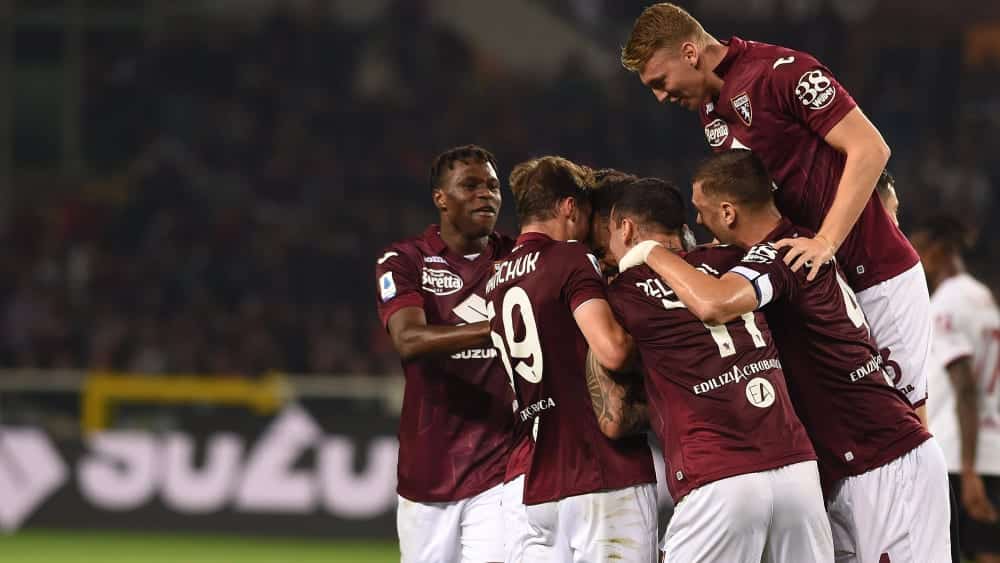 Milan’s series of three wins in a row has been snapped. In Turin, the champions were beaten 2-1 by defensively outstanding and exceptionally clever hosts.


Just in time, Milan started a run – among other things, the Lombards improved their chances of passing the Champions League group stage immensely after the 4-0 at Dinamo Zagreb. And in the league, too, they had stalked their way up with two wins in a row.

Against Torino, who had recently won twice in a row, coach Stefano Pioli used Tomori, Pobega, Junior Messias, Brahim Diaz and Origi instead of Kjaer, Bennacer, Rebic, De Ketelaere and Giroud, all of whom were on the bench for stress management reasons.

Djidji and Singo were new for the home side compared to the 2-1 defeat in Udine. Aina was not in the squad, while Zima was on the bench, as was ex-Herthman Radonjic. Lazaro, another ex-Herthanian, was in the starting eleven for Torino, however.

Milan almost got off to a flying start, but Rafael Leao didn’t seem to fancy it. Within a few minutes the Portuguese, both times wonderfully set up by Brahim Diaz, showed himself sloppy in his finishing, first shooting over and then slipping past on the left (3rd, 6th).

The Milan fans, who had been rubbing their hands with glee at the promising start of the champions, were soon bitterly disappointed, as Torino stabilised, kept the match open and equalised soon after missed chances: Tatarusanu saved first against Pellegri (19th) and then against Miranchuk (20th).

The Milan team should have realised that “Toro” is a tough nut to crack by the time the score reached 0:1. It came from a free-kick cross, which Djidji cleverly broke free of in the centre and headed into the far corner (35th).

A little later, Miranchuk made it ring – and how! Vlasic interfered well with a long drive from Milinkovic-Savic before the ball landed in the Russian’s path. The Russian, in turn, scored with a left-footed shot between Gabbia and Tomori into the far corner (37th).

The 2-0 scoreline was also the half-time score – and Milan were now faced with the Herculean task of overcoming a two-goal deficit against the best home defence in Serie A (Torino had conceded just three goals in six home games to date). Pioli also responded with a triple change: De Ketelaere, Dest and Rebic came in for Kalulu, Brahim Diaz and Rafael Leao – not only had the trio disappointed, it could well have been any other Milan professional, as all had played a half to forget.

Milan up the pressure against “nasty” Torino

Things looked better in the second half, with the champions starting buoyantly, applying pressure and bringing movement to the defence with wide and variable play through the flanks. Dest then also fired a formidable warning shot on 54 minutes when he narrowly missed from the second row.

Torino were in danger of being pushed back too far, but coach Ivan Juric’s team did the Rossoneri no favours and didn’t completely hole up in their own sixteen, but rather adapted to Milan’s deep runs, closed the spaces and shifted the action away from their own sixteen.

The game rippled along a bit – until the 67th minute: In this minute, Junior Messias acted hard on the edge of a long ball in a duel with Buongiorno and thus forced a mistake of the centre-back, who passed the ball to Milinkovic-Savic, who had left his sixteen completely over-motivated, and thus involuntarily laid the ball on for Junior Messias – 1:2.

The goal was given, which Torino coach Juric could not accept at all. Referee Rosario Abisso then sent off the hot-blooded coach (69th). After that, the game became very hectic, with minor fouls and numerous inaccuracies on both sides disrupting the flow of the game. The course of the game suited the home side, who acted in a positively disgusting manner and involved Milan in duels again and again. In the end, the Turin players raised their arms into the night sky to celebrate the victory, also because Rebic’s direct free kick went out of bounds (90.+1).

After the league is before the royal class. On Wednesday, Milan will play the all-important preliminary round match against RB Salzburg – a draw would be enough for the Rossoneri to qualify for the last 16. Finally, the Serie A continues for the Pioli team on Saturday (20.45) with a home match against Spezia. Torino face Bologna the following day (12.30 p.m.).