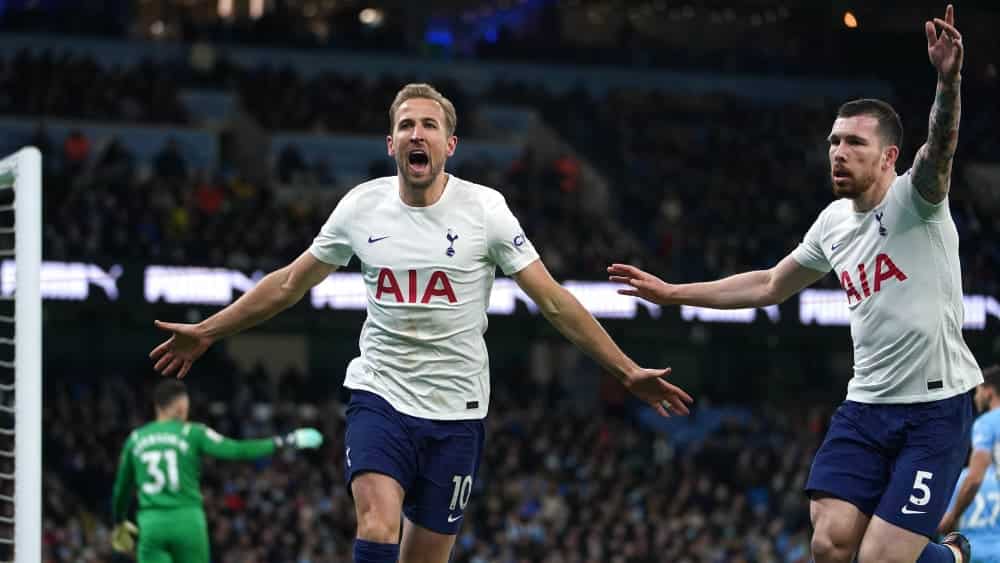 At times Manchester City played Tottenham to the wall. But at the Etihad it was Spurs who took the lead three times and possibly breathed life back into the championship race.

What Guardiola and Conte would try against each other had probably been in the papers. The sovereign league leaders with plenty of pressing and possession, the recently stumbling Spurs as a lurking and then swarming switching team. Unsurprisingly.

Why did City and Tottenham handle it that way? Because that’s exactly what they excel at. First the visitors provided their proof, Kane sending the nimble Son towards Ederson, the Korean unselfishly laying across for new signing Kulusevski. Tunnel against Cancelo, first goal, 1:0 for the visitors (4th).

By the way, Tottenham’s successful pinprick in the opening phase was not an exception, but gradually City took total control. The shot-happy Cancelo (17th, 22nd) and Gündogan, who failed at the post (21st), more than knocked for the champions, Tottenham were under constant fire. Finally, after a sloppy clearance by Lloris, captain Gündogan was granted the chance to tap in for a well-deserved equaliser (33rd).

Spurs had not been able to create any pinpricks for a while, not even in the second half. But as the Skyblues’ chances dwindled, Conte’s team suddenly came back – of course through their switching game.

All of a sudden, Kane, Son and the others started marching again, City couldn’t get a grip on it. Kane to Son, Son to Kane actually gave the extremely efficient visitors the lead again (59th). A very similar advance in the same constellation almost even produced the 3:1 a little later (64.).

After Gündogan’s 20-metre shot was superbly saved by Lloris in the 66th minute, Tottenham scored their third goal – albeit briefly. Before Kane scored, Kulusevski was just offside (74). City could breathe, but had to deliver. But Tottenham’s defensive line, which only allowed crosses, did not allow that. In injury time, however, Romero stopped one with his arm and the home side were awarded a penalty.


Mahrez converted the justified penalty with maximum confidence (90.+2), and the leaders seemed to have averted their first league defeat in 16 weeks. But once again, Spurs countered, with Kane heading home the third to give them the lead and finally a jubilant away win (90.+5) – which also allows Liverpool to move to within three points of City with a success in Wednesday’s make-up game against Leeds.