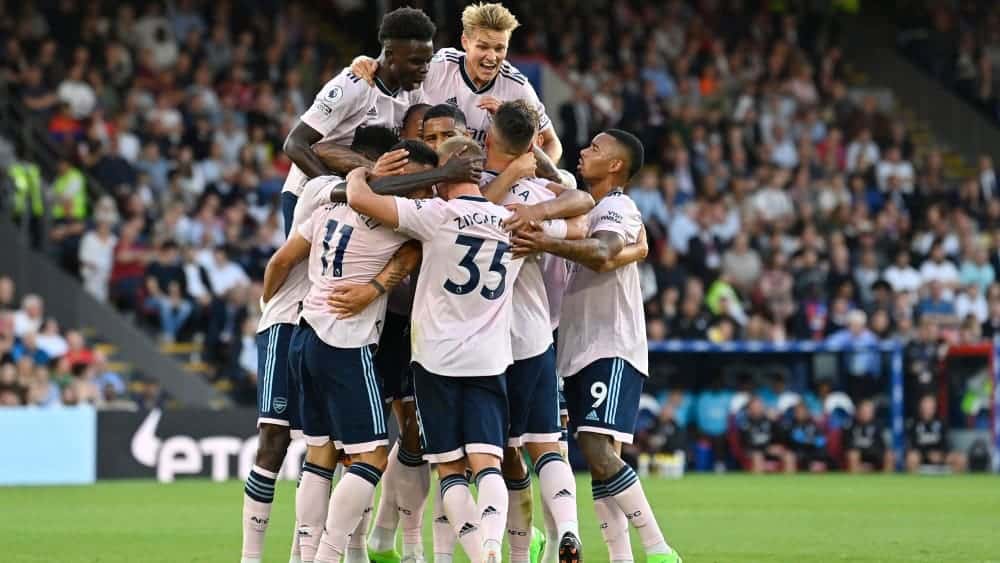 Arsenal secured a victory in the city duel at Crystal Palace in their opening Premier League match. However, the Gunners’ performance was not convincing.

Palace coach and Arsenal legend Patrick Vieira relied on a newcomer in Doucouré in the starting eleven, with Bayern departure Richards taking his place on the bench. Gunners coach Mikel Arteta brought on two new players from the start in former Citizens Zinchenko and Gabriel Jesus, while Fabio Vieira, neither related nor in-law to Patrick, was not in the matchday squad.

In the south of the city, the North Londoners got off to a better start and immediately created the first top chance through Gabriel Martinelli, who just missed (4th). After Zinchenko had also been unsuccessful a little later (8th), it took a good ten minutes until the next goal approach, which then had it in itself: Zinchenko found Gabriel Martinelli after a rehearsed corner and the Brazilian nodded in from a few metres for a deserved lead (20th).

After the 1:0, the visitors let Palace take more and more control of the game. However, the hosts were not really dangerous for a long time, the biggest excitement was an alleged handball by Gabriel, which was not punished (35.). Shortly before the half-time whistle, however, Edouard missed the equaliser twice when he first failed to beat Ramsdale (42nd) and then Xhaka (45.+1).

A lift under the wings of the Eagles, who continued to fly high at the start of the second half but missed a top chance to equalise through Eze (52nd). A finish that seemingly woke Arsenal up as well, who then twice missed the early decision through Ödegaard (56th, 59th) before Gabriel narrowly missed an own goal (61st).

In the last half hour, the hosts pushed the North Londoners deep into their own third at times. But there were no real chances for an equaliser. Instead, it came shortly before the end, as it always does: Arsenal came through Saka, whose sharp cross was unfortunately deflected into his own goal by Guehi (85th).


The decision for Arsenal, who could thus celebrate a successful start to the season. With this behind them, the Gunners host Leicester City on 13 August (4pm). Crystal Palace face their next top opponent, Liverpool FC, two days later at 9pm.