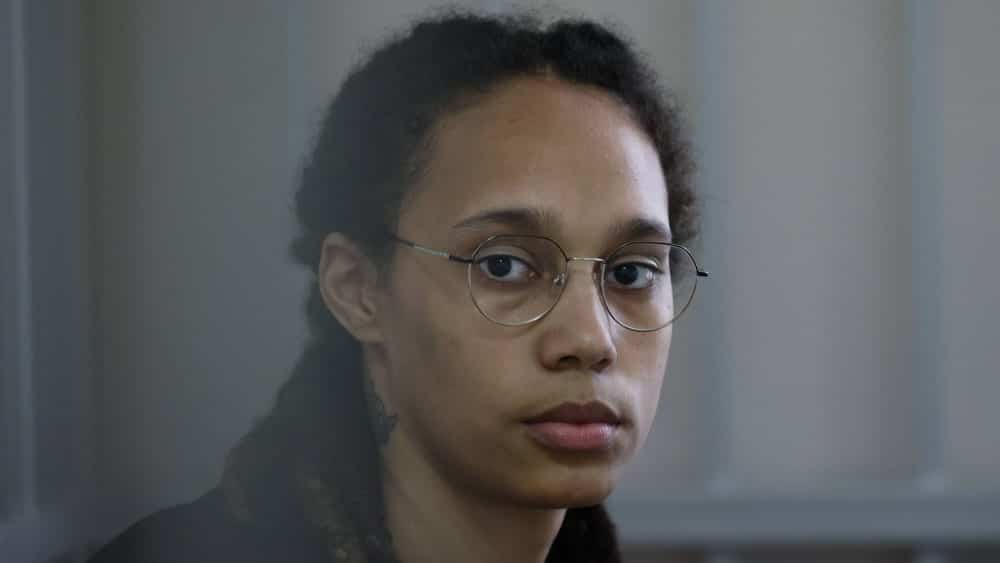 American basketball player Brittney Griner was sentenced to many years in prison for drug trafficking in Russia. The deciding factor was cannabis oil found when she entered the country in February

In a case criticised by the US, a Russian court has sentenced US basketball player Brittney Griner to nine years in prison for possession of drugs. She was also fined one million roubles (16,000 euros). This was reported by Russian agencies on Thursday from the court in the city of Khimki on the outskirts of Moscow. When asked, Griner said she understood the sentence. Her defence announced legal remedies, but did not rule out a plea for clemency. The athlete is in bad shape, said Griner’s lawyer Maria Blagovolina.

The 31-year-old could be freed if Moscow and Washington agree on a prisoner exchange despite their deep differences. Griner has been in pre-trial detention since February. The athlete was found by the judiciary to be carrying so-called vape cartridges and hashish oil during a luggage check at Sheremetyevo airport. It was said to be 0.5 grammes. This was considered illegal possession of drugs and attempted smuggling. The court did not see any mitigating circumstances. Griner had pleaded guilty.

Before the sentencing, the prosecution had demanded nine years and six months imprisonment for Griner, which was just under the maximum sentence of ten years. The defence demanded acquittal in vain. Whether she will have to serve her prison sentence remains to be seen, as there could still be a prisoner exchange between Russia and the USA. From Moscow’s point of view, as the past teaches, a completed trial has always been the basis for a release or an exchange.

Griner played for the Russian top club UMMC Ekaterinburg in the Urals since 2015 and won the Euroleague four times with them. She is considered one of the best basketball players in the American women’s professional league WNBA. She won the championship with the Phoenix Mercury in 2014, and in addition to two Olympic victories with the US national team, she also won gold twice at world championships.

Why was Griner on the road in Russia?

Because the season in the women’s professional league WNBA only lasts a few months a year and much less money can be earned there than in the men’s NBA, many strong female players often seek additional lucrative engagements. Europe and Asia in particular are popular places to earn more money and prove themselves. In her home country, Griner earned the league’s maximum salary of just under a quarter of a million US dollars; in Russia, she is said to have received around four times that amount, according to media reports.

“Back to the roots”: Würzburg’s basketball team renames itself