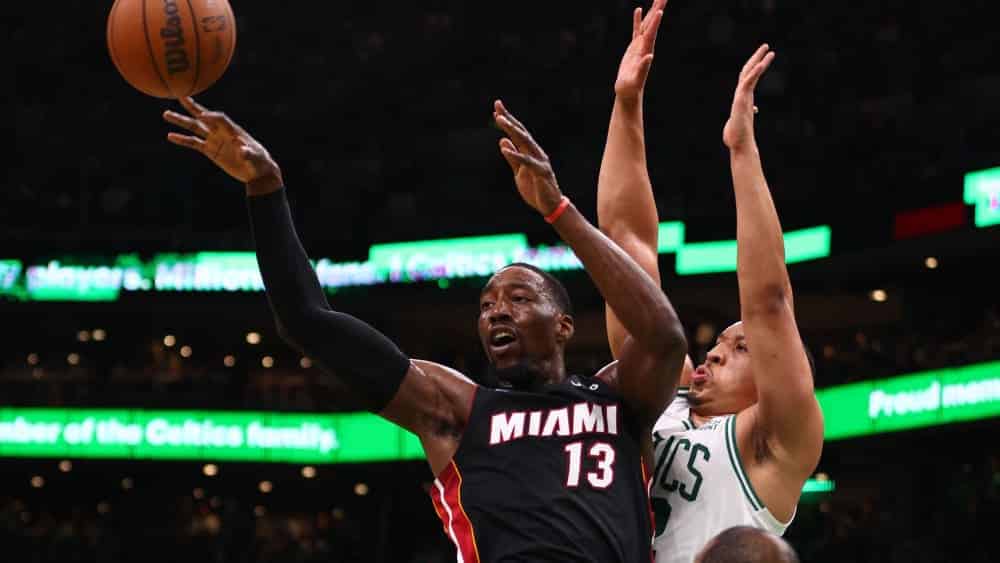 The Boston Celtics fell behind 2-1 in Game Three of the East Finals series. Daniel Theis’ team lost to the Miami Heat 103-109 at home in the TD Garden.

Center Theis was in the starting line-up, but only managed one point and three rebounds in ten minutes of play. Jayson Tatum, who has been outstanding lately, was also below his potential with only ten points. The Celtics never led, but cut a 62-37 deficit to one point – 93-92, with 2:40 to go on a three-pointer by Jaylen Brown, who scored 40 points.

For the Heat, who were without Jimmy Butler (knee injury) for the entire second half, centre Bam Adebayo impressed with 31 points and ten rebounds. Game four of the series will be played in Boston again on Tuesday night.

Four wins are necessary in the best-of-seven series to reach the NBA Finals.


The second play-off semi-final between the Dallas Mavericks, team of Maxi Kleber, and the Golden State Warriors is 0-2.