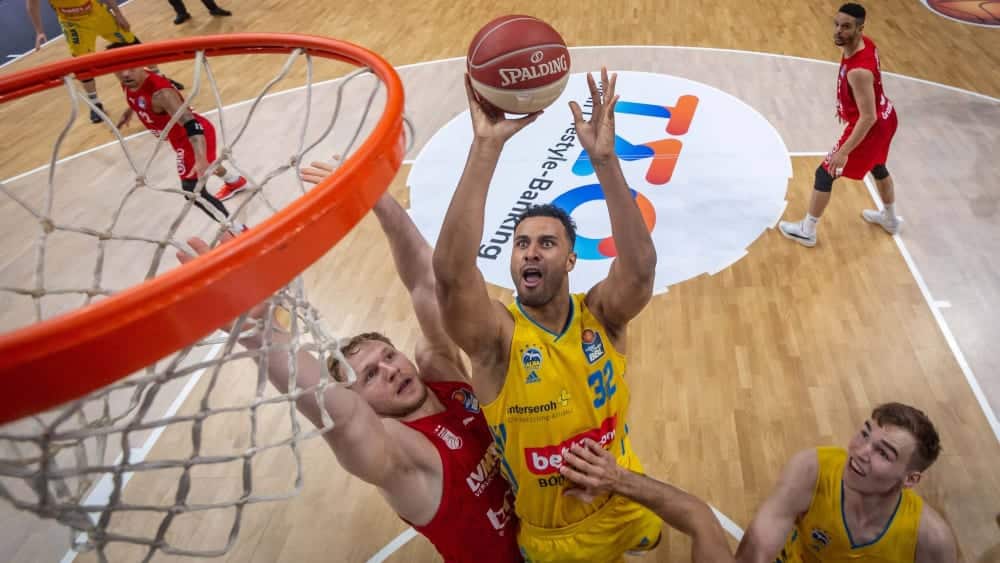 The play-offs started in the BBL on Friday. Champion Alba Berlin dispatched Bamberg. Bonn and Hamburg went into overtime, with the better end for the Telekom Baskets. FC Bayern won clearly against Chemnitz.


Defending champions Berlin underlined their role as favourites and clearly won the first play-off duel with old rivals Brose Bamberg. The main round winner from the capital won 114:89 (61:45) on Friday night and showed an excellent offensive performance. In the series in best-of-five mode, the Berliners lead 1:0. Already on Sunday (6:00 p.m.), Alba can follow up in front of their own audience, only after that the series goes to Franconia. Whoever wins three games first will advance to the semi-finals.

Bamberg coach Amiel: “It was disrespectful “

The champions’ best scorers were Johannes Thiemann (19 points) and Jaleen Smith (16). Bamberg’s defence was far too lax for long stretches, and the game, which resembled an offensive spectacle, was already virtually decided in the third quarter. Omar Prewitt scored 17 points for the guests. Alba celebrated their twelfth league win in a row. “That was an embarrassing first half. It was disrespectful. We have to show that we deserve to be in these play-offs,” Bamberg coach Oren Amiel said on “MagentaSport”.

The Munich team won 77:53 (36:31) against their fearful opponent Niners Chemnitz after three defeats in the previous season.

The Telekom Baskets Bonn had a much harder time winning their first home game against the Hamburg Towers only after overtime with 100:98 (91:91, 41:42). The outstanding man of the game was Peter Jackson-Cartwright with 36 points. The match-winner, however, was Javontae Hawkins, who decided the game with a three-pointer one second before the end – before that he had tied the game in regulation time.