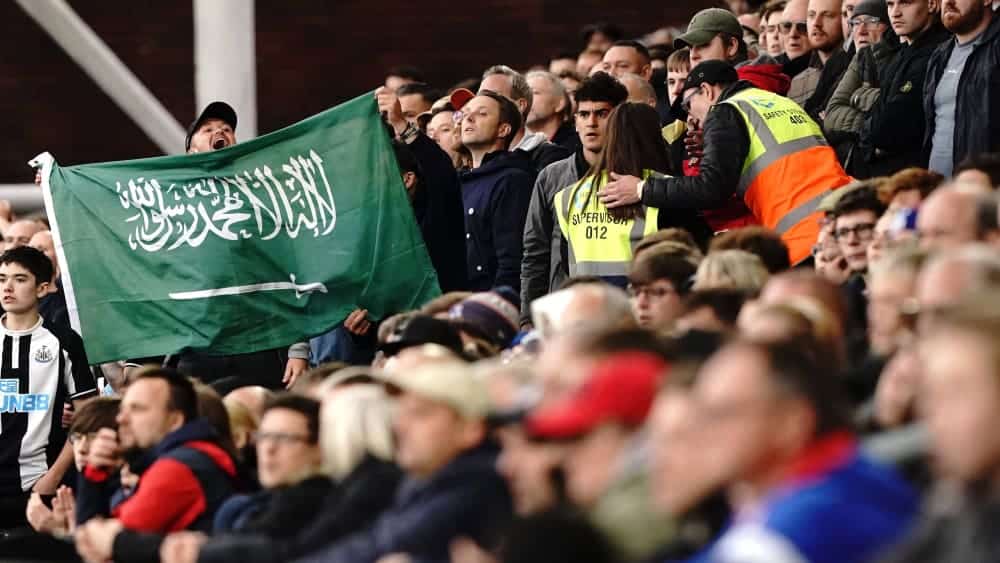 Will Newcastle United be wearing the national colours of Saudi Arabia next season? The alleged new away kit is causing criticism – but not only.

Before Newcastle United have even unveiled their kit for the 2022/23 season, the Premier League club have already reaped a storm of outrage. On Friday night, pictures had surfaced on the internet purporting to show the new away kit – in unfamiliar colours.

The Magpies are apparently planning to wear green and white, the national colours of Saudi Arabia. Because last autumn a consortium led by the Saudi sovereign wealth fund took a majority stake in the club, no one wants to believe in a coincidence.

If the reports prove true, “it shows the kingdom’s determination to burnish its brutal, blood-soaked human rights record” through “sportswashing”, Felix Jakens, representative of the human rights organisation Amnesty International in the UK, told the Guardian.

Many fans criticise, others praise the “brilliant move “

The Premier League had always insisted that Saudi Arabia had no control over Newcastle. But for Jakens, the new jersey would be “clear evidence that the regime is using Newcastle to project a positive image”.

While many Newcastle fans also criticised the supposed new away kit, others reacted favourably: it would boost shirt sales in Saudi Arabia and was therefore a “brilliant move”, they said on social networks, among others.