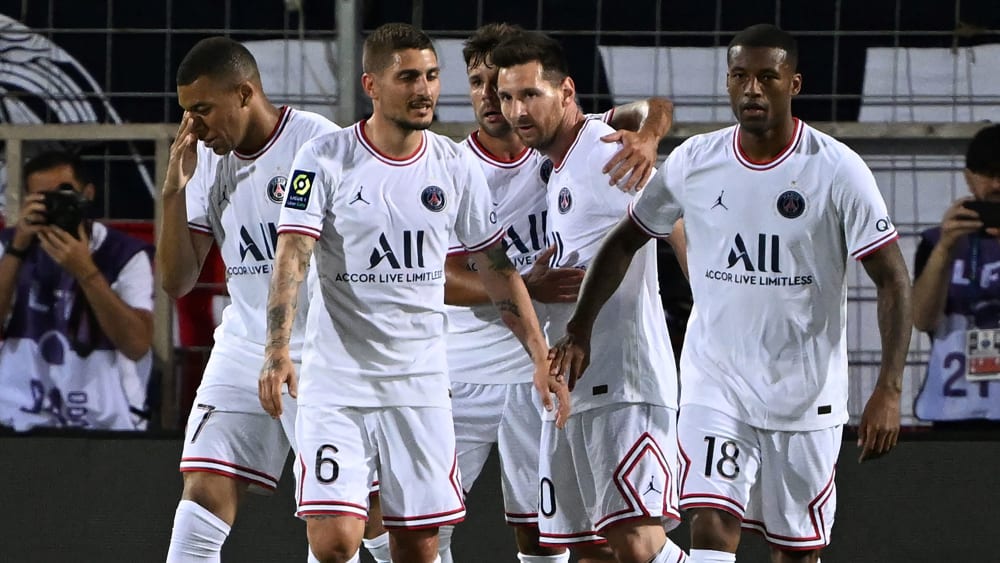 After three games without a win, Paris St. Germain won 4-0 in Montpellier. The offensive trio were responsible for all the goals.

After three games without a win, Paris St. Germain, who played without Neymar, wanted to make things clear early on in their visit to Montpellier. In the early stages, the two superstars on the offensive, Messi and Mbappé, took centre stage. After the Argentine first failed to score after an assist from his attacking colleague (5th), he showed himself to be more cool-headed just one minute later – 1:0.

The visitors did not rest on their laurels, however, and pressed for a double strike. However, Mbappé failed to beat the Montpellier goalkeeper after a fine lob from Messi (10th), so the score remained 1-0 for the time being. This was almost punished: Donnarumma invited the home side to come close to scoring for the first time – but Mavididis’ shot flew past on the right (16th).

Messi and di Maria were more efficient on the other side. Within six minutes, the Argentineans had taken the lead (20th, 26th). Now only Mbappé was missing a goal from the offensive trio. In the 33rd minute, the Frenchman almost got on the scoresheet, but his shot bounced off the post and back into the field. For this reason, the score remained 3-0 until the break.

After the restart, PSG slowed down a lot and the game was uneventful. Only Mbappé was desperate to score his 25th goal of the season. He scored from the spot (60th) after Souquet had brought him down in the penalty area. As Mollet (64th), Chotard (66th) and Zambia (90th) missed the consolation goal in the further course of the game, the score remained 0:4 until the end.

PSG, who have long since been crowned champions, welcome FC Metz on the last matchday (Sat. 9pm). Montpellier are guests at Angers SCO at the same time.