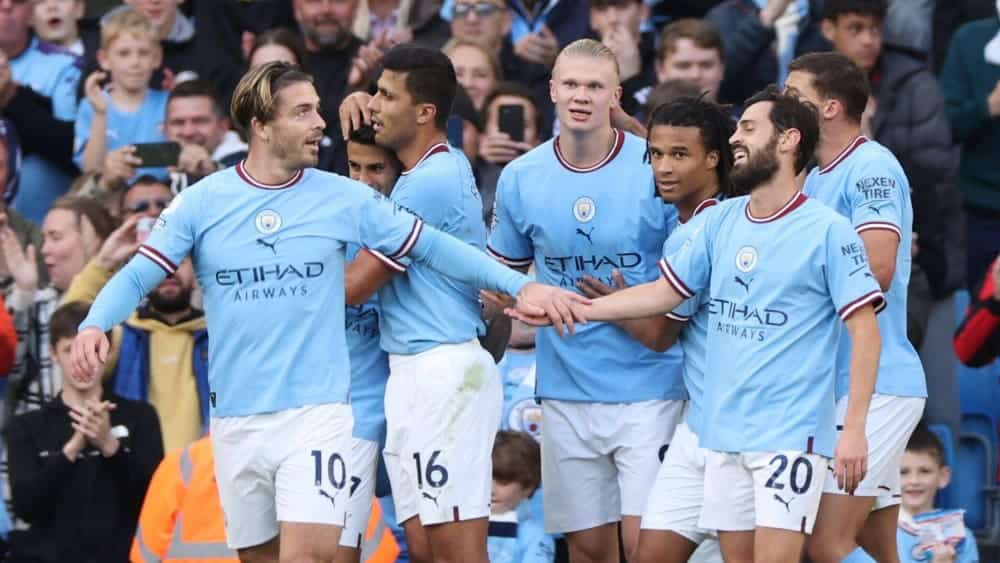 Manchester City made headway in the race for the top of the table. The Citizens defeated the harmless visitors from Southampton 4-0, including Haaland’s goal, and are temporarily top of the table

Manchester City, who started five positions changed from their 5-0 Champions League win over Copenhagen, started the game with a chance straight away. Joao Cancelo, who had a lot of fun in the first half, served Mahrez, whose powerful shot was saved by Bazunu (2nd minute).

Although Southampton, with coach Ralph Hasenhüttl under pressure due to the style of play and the lack of positive results (last three defeats), were already starting at the opponent’s sixteen, the game only went to Bazunu’s goal due to the home side’s ball security. After Haaland hit the post with a free header (14th), Joao Cancelo gave them a deserved lead (20th).

Foden raises the lead with a lob

City didn’t rest on their laurels, continued to go for it early on and increased their lead. De Bruyne’s cross was met by Foden, who lofted home to make it 2-0 (32nd) – the score at half-time as Guardiola’s side let the game slip and the Saints continued to struggle on the offensive.


After the restart, the hosts briefly picked up the pace and showed their class, just as they did when they made it 2-0. Mahrez volleyed the ball into the net (49th) after a sensitive lob from Rodrigo.

After that, Haaland became more and more the centre of attention. The former Dortmund man first missed a shot (51st) and a cross (57th), until he finally scored his 15th goal of the season: After an assist from Joao Cancelo, he scored dryly into the left corner (65th) – which meant that the Citizens had scored at least four times in their fifth Premier League home game of the season.


With an eye on the coming weeks, Guardiola then gave several key players a rest. Also on the pitch, the Skyblues only managed the result with three exceptions (Grealish shot (76.), Aké’s header (78.) and Palmer individual action (90.)), so that Haaland remained the last goal scorer in this match.

Temporarily top of the table until Sunday at least, Manchester City’s 4-0 win put pressure on Arsenal, who host Liverpool on Sunday.

The Champions League continues for the Citizens on Tuesday, with the English champions hosting FC Copenhagen at 6.45pm. In the league, ManCity awaits an absolute top game next weekend away at Liverpool (16 October, 17.30). Southampton face West Ham United at home on matchday 11 (16 October, 3pm).