Lewandowski and Zielinski send Poland to the World Cup in Qatar 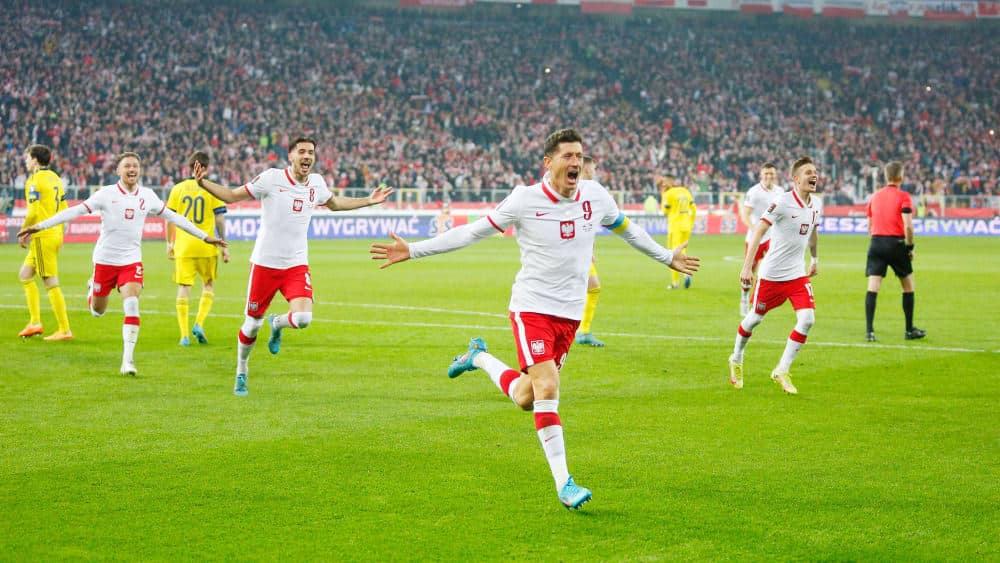 Poland won the play-off final for a World Cup ticket thanks to a 2-0 victory over Sweden, who were too sloppy when it came to taking their chances.

Swedish coach Janne Andersson made four changes compared to the 1-0 overtime win against the Czech Republic: The injured Nilsson, Martin Olsson, Ekdal as well as Claesson (bench) were replaced by Krafth, Augustinsson, Karlström and Quaison – the scorer of the golden goal in the play-off semi-final.

It took a little while for the game to pick up momentum after a lengthy feeling-out period in which both teams shied away from risk. Forsberg had the first good chance of the match for the Scandinavians, but he failed to beat Szczesny (19.). Shortly afterwards, Kulusevski’s shot was just blocked (20th). Poland, meanwhile, had a few problems in the build-up to the game, but still had a good shot in the 26th minute through the advanced right-back Cash, but he failed to hit the ball properly.

In the closing stages of the first half, the momentum on both sides again waned a little, so that the first half ended goalless after a slight chance advantage for Sweden.

After the break, Michniewicz brought on Krychowiak, who was expected to start, for the yellow-carded Goralski. A measure that promptly bore fruit. Krychowiak was brought down by Karlström in the Swedish penalty area in the 48th minute. Lewandowski converted the penalty kick with his usual command (49th).

Sweden responded with furious attacks. Forsberg failed to hit Szczesny from close range, and Lindelöf headed just wide from the ensuing corner kick (both 58th). About ten minutes later, Svanberg, who had been substituted shortly before, failed to beat Szczesny (68.). During this period of pressure from the Swedes, Poland only defended – until the 72nd minute, when Zielinski punished a faux pas by the Swedish defence with the 2:0 lead.

It was the preliminary decision, because even with former star Ibrahimovic from the 80th minute onwards, the Scandinavians did not create any clear chances. Instead, Olsen thwarted further Polish goals by Bednarek and twice Lewandowski with great saves (75th, 76th, 90th).

The Nations League continues for both national teams at the beginning of June: Poland hosts Wales and the Swedes are guests in Slovenia. The draw for the World Cup in Qatar with Poland already takes place on Friday evening (1 April).