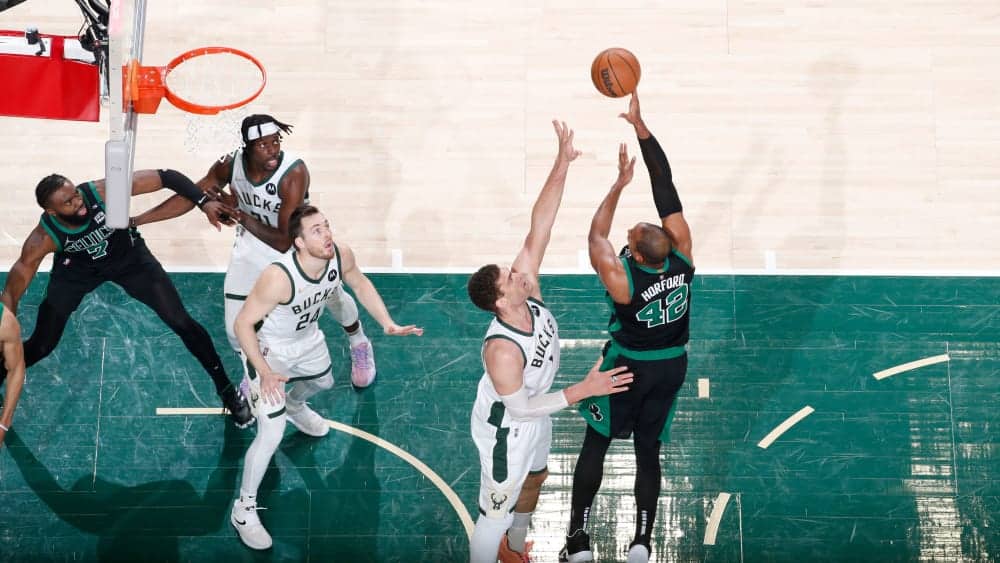 With an away win in Milwaukee, the Boston Celtics have equalised in their play-off series. Without Ja Morant, the Memphis Grizzlies fell just short. The NBA on Tuesday morning.

Routinier Al Horford, together with Jayson Tatum (also eleven rebounds), was the best scorer for the Celts, who can take the lead for the first time at home on Wednesday, with 30 points.

For the Bucks, who continue to be without the injured Khris Middleton, Giannis Antetokounmpo once again stood out. The Greek scored 34 points and grabbed 18 rebounds.

Match ball for the Warriors

The Golden State Warriors, meanwhile, have earned match point. The Californians won 101-98 (38-41) against the Memphis Grizzlies despite a subterranean three-point percentage of about 24 per cent and trailing until the final phase, because Steph Curry nervously sank all eight of his free throws in the last 47 seconds.

The visitors were without their star Ja Morant, who missed game three due to a foul by Jordan Poole. Golden State, on the other hand, won in the absence of coach Steve Kerr, who tested positive for the Corona virus. Curry finished with 32 points. The former champion now needs one more win to advance to the Conference Finals.