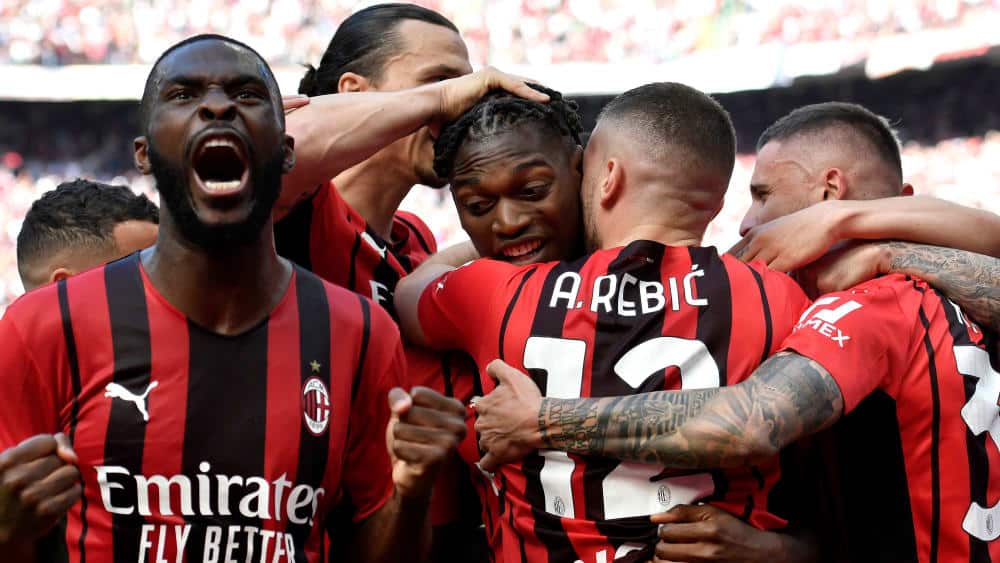 Leaders Milan did not let their guard down against Florence on Sunday and are getting ever closer to the title. Fiorentina’s goalkeeper had a hand in the working victory.

The previous week, Milan’s 2-1 win at Lazio came in stoppage time, and against Florence it was a late winner. Milan, who started unchanged, initially struggled against an uncomfortable Fiorentina, who almost took the lead in the 10th minute. Igor was even allowed to take the ball after a corner, but his left-footed shot from 12 metres flew just wide of the goal.


But Giroud had the best chance before the break. Kessié’s pinpoint pass was a feast for the eyes, the Frenchman lofted the leather over the leg of keeper Terracciano, but also past the goal (17.). Even though the game was by no means disappointing, it remained a goalless draw at the break.

But then Milan turned up the heat. Rafael Leao (47th) and Theo Hernandez (53rd) missed their chances, and Kessié (52nd) failed with a powerful left-footed shot from an acute angle against the brilliant Terracciano, who stuck his foot out just in time.

Fiorentina keeper sets up Rafael Leao for the winning goal

In the 67th minute, Ibrahimovic was also involved, but he was not to make a decisive impact (the Swede had set up the winning goal at Lazio). The match winner was not an oldie, but a youngster: keeper Terracciano, until then a safe bench, completely missed a pass on the right side. The ball landed right at the feet of Rafael Leao, who received the ball 20 metres from goal, entered the penalty area and then headed inside. The 22-year-old caught Terracciano on the wrong foot with a shot to the short corner – 1:0, 82nd minute.

Five minutes earlier, keeper Maignan had made a great reflex save from Cabral’s header and Fiorentina did not let their guard down. But it was not enough against the Rossoneri, who are getting closer and closer to the title. The next hurdle awaits them next Sunday at Hellas Verona.