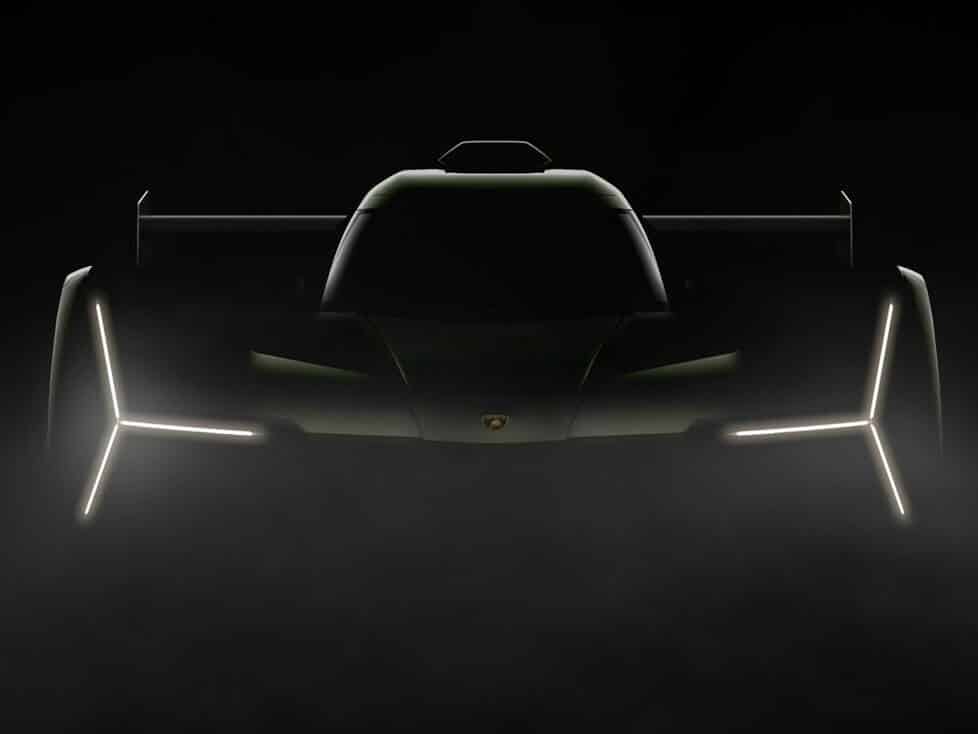 Lamborghini’s LMDh bolide, which will be used in both the World Endurance Championship (WEC) and the IMSA sports car series from 2024, will have a V8 engine with twin turbo as its combustion engine. In addition, there will be an electric motor in the sense of a hybrid drive.

According to information published by Lamborghini this week, the engine is a completely new development. No information has yet been given about the displacement of the V8, but about other key data: 90 degree cylinder angle and 180 kilograms in weight.

Together with the hybrid unit, which is being developed by Bosch, Williams and Xtrac, Lamborghini’s twin-turbo V8 will have a total output of 500 kilowatts (680 hp). The LMDh regulations, which will apply to both IMSA and WEC from as early as 2023, stipulate that the total engine power permitted will be between 480 and 520 kilowatts. In IMSA, LMDh cars compete in the GTP class, in the WEC in the Hypercar class.

In addition to the first technical data on the engine, Lamborghini has also published key data on the car itself. The LMDh car, which is being built in collaboration with Ligier, will have the maximum dimensions permitted by the regulations: 5,100 millimetres long, 2,000 millimetres wide and 3,148 millimetres wheelbase. It will weigh in at 1,030 kilograms.

Lamborghini has not yet announced any teams for the LMDh project in WEC and IMSA. However, the first two drivers have already been confirmed. They are Mirko Bortolotti and Andrea Caldarelli. Both are long-time GT drivers for the Italian car manufacturer.

Bortolotti is currently driving a Lamborghini Huracan GT3 Evo entered by GRT in the DTM. Caldarelli drives a Huracan of the same type from K-Pax in the Intercontinental GT Challenge (IGTC). Bortolotti and Caldarelli are to develop Lamborghini’s currently unnamed LMDh car from a driver’s perspective. The first test drives are scheduled for spring 2023.