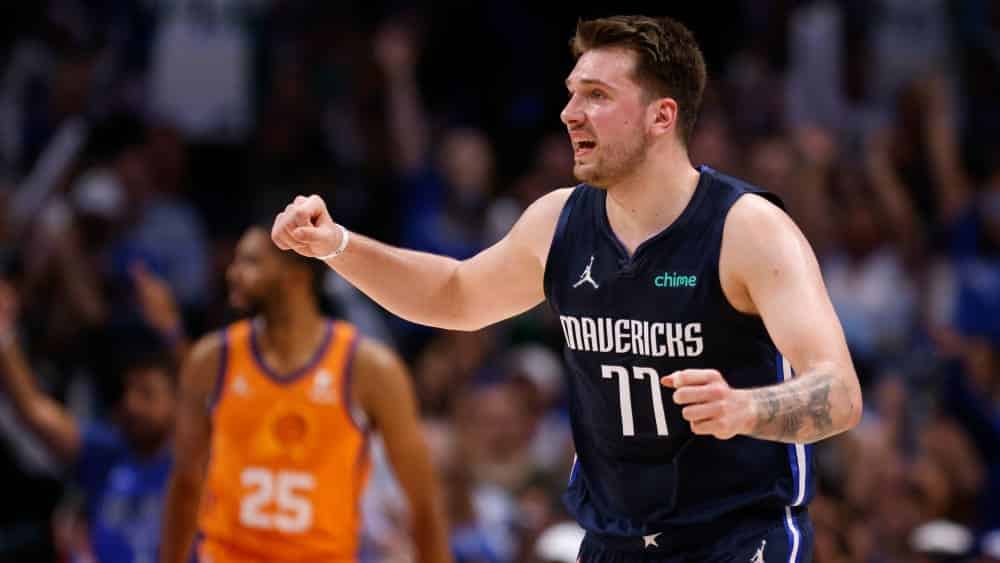 In the play-off series between the Dallas Mavericks and the Phoenix Suns everything is open again. Also between Miami and Philadelphia.

The Mavs won the fourth game after the third to move from 0:2 to 2:2 in the quarter-final duel. Wednesday’s game continues in Phoenix, where Dallas had lost the first two meetings.

Just like in the 103-94 win in the first home game, Maximilian Kleber & Co. managed to control the Suns’ offence for the most part on Sunday night (CEST). With a 37:25 lead after the first quarter behind them, they ultimately prevailed 111:101. In the first two games, the Suns had still marked 125 points on average.

This time, Devin Booker’s 35 points were not enough for the best team of the main round. Chris Paul, who had 19 and 28 points at the beginning of the series, only had five points and seven assists in 23:01 minutes and had to deal with foul problems early on.

Luka Doncic stood out for the hosts with 26 points, eleven assists and seven rebounds. Kleber had eleven points and seven rebounds in 34:04 minutes. Dallas was particularly convincing from the three-point line: the 14 successful throws from distance in the first half set a franchise record. “The team was great,” Doncic said, “when we play hard, we’re dangerous. “

There was apparently an incident on this fourth play. A Mavs fan allegedly harassed the family of Suns player Chris Paul. “CP3” complained about this on Twitter. One spectator was escorted out of the arena. “It was unacceptable behavior and will not be tolerated,” the Mavericks stated.

2-2 in another series as James Harden led the Philadelphia 76ers to their second win in game four against the Miami Heat. “The Beard” was his team’s best scorer with 31 points on nine assists and six threes in the 116-108 (64-58) win. “Mask man” Joel Embiid added a double-double with 24/11.

After an even start, the hosts managed to pull away in the second quarter and kept their lead until the end. Even 40 points from ex-Philly star Jimmy Butler were not enough for the guests to win.