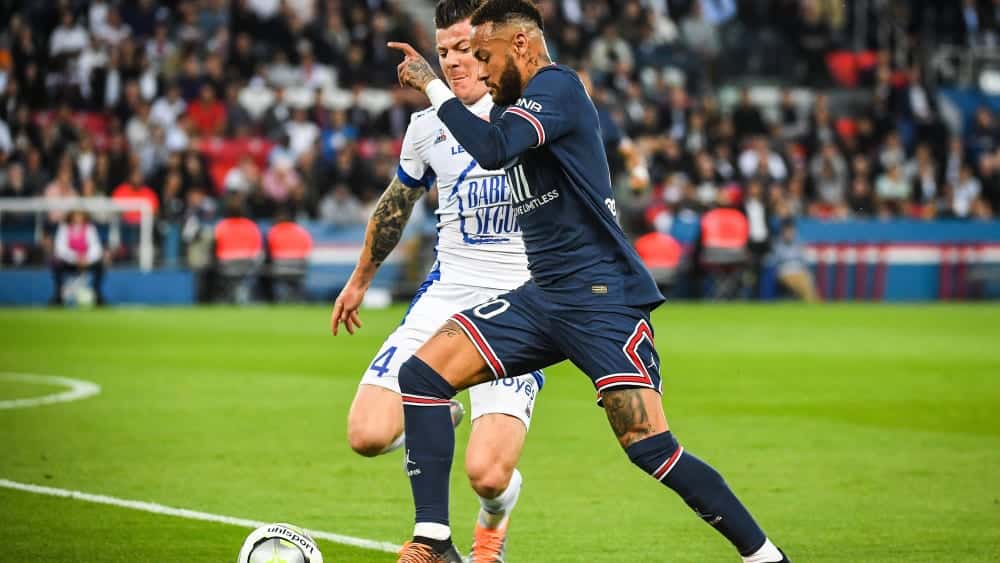 Paris St. Germain have long since been crowned champions in Ligue 1 and are winding down their season at a leisurely pace. On Sunday, Troyes picked up a point at the Parc des Princes, while PSG played to a third consecutive draw.

The long-established champions took on Troyes at Princes Park with a full offensive band. And it started well for the Parisian star ensemble: After di Maria’s cross, Marquinhos scored at the second post for the early 1:0 (6.). When Palmer-Brown fouled Mbappé in the penalty area and Neymar converted the spot kick (25th), everything seemed to go as expected.

However, a hair-raising mistake by Nuno Mendes brought the underdogs back into the game. The left-back played a cross in front of his own penalty area straight to Troyes’ attacker Ugbo. Ugbo did not hesitate and scored with a powerful shot into the left corner (30th). After the break, things got even better for the visitors: Kimpembe knocked down Ripart in the penalty area and Tardieu scored from the penalty spot with a cheeky panenka (49th).

PSG barely got going. A second Neymar goal was disallowed after video evidence because Mbappé had previously pushed Palmer-Brown (59.). The game only became dangerous again in the final phase: Marquinhos headed just over (84th), Messi hit the top of the crossbar (90.+1).

So the champions only played for a draw in the league for the third time in a row. The point brings Troyes another step closer to their goal of staying in the league.