HomeMotorsportsAnalysis: When will the Friday drivers still be used?
Motorsports

Analysis: When will the Friday drivers still be used? 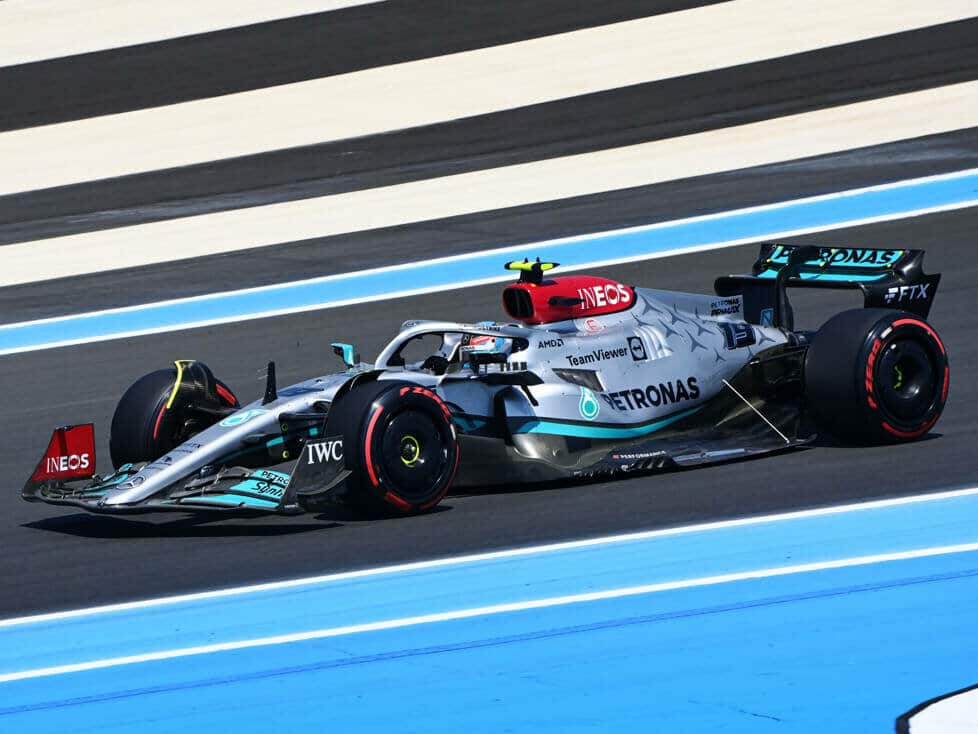 By regulation, Formula One teams must give rookies a chance in the 2022 season, but there aren’t very many options now

At some point in the 2022 Formula One season, every regular driver will have to sit out the first free practice session once, in favour of a Formula One rookie who may have contested a maximum of two Grands Prix. That’s the way the regulations want it. And that means that for the remaining six Grands Prix, some drivers will have to take their compulsory break.

And so perhaps in the coming weeks it will take its revenge that the teams have only acted timidly so far: Only AlphaTauri, Aston Martin, Mercedes, Red Bull and Williams have each fielded Friday drivers once so far. Alfa Romeo, Alpine, Ferrari, Haas and McLaren have yet to allow both rookie entries.

The problem is that many of these teams are still fighting for positions in the overall standings in the final spurt of the 2022 Formula 1 season and do not want to give up any practice time for their regular drivers. There is also the risk of a rookie breaking something in practice, which could have a particularly negative impact under the budget cap.

Which tracks are eligible – and which are not

The situation is further complicated by the upcoming sprint weekend in Sao Paulo. Under the special event format, there is only one free practice session before the qualifying on Friday. To use a Friday driver in this is considered out of the question.

That leaves five options on the rest of the Formula 1 calendar, but even for these circuits there are sometimes restrictions. Singapore as a street circuit, for example, is certainly not the first choice, especially as Formula 1 is holding a Grand Prix there for the first time since 2019. So the regular drivers will have to get used to the course again themselves, even more so with the current generation of cars.

Suzuka is not high on the list either, because mistakes happen quickly there and take-offs often result in damage to the car. This circuit is also back on the calendar for the first time since 2019, so rainy weather would not be uncommon there. However, Max Verstappen made his Formula 1 debut in Suzuka in 2014, and that was in a Friday practice session. So it’s possible.

What rather speaks against Suzuka and also against Austin are the tyre tests scheduled by Pirelli for 2023 in the second free practice sessions, which will then be extended to 90 minutes. This would give the regular drivers more track time than usual after a missed session. But: In such tyre tests, Pirelli dictates the teams’ schedule, which limits the regular drivers’ individual preparation.

Mexico City, on the other hand, is being held in reserve as an alternative date, should the tyre tests in Suzuka and Austin, for example, not be realised due to the weather conditions on site. Without tyre tests, however, some Friday drivers are likely to be used there.

The same applies to the final weekend in Abu Dhabi. There are large run-off zones there, and there would be enough spare parts. But because the Formula 2 season also ends in Abu Dhabi and not all positions in the overall standings have been taken yet, some drivers might have other priorities. In other words: ideally, they will want to avoid a double burden.

How the teams meet the rookie requirement in 2022:

Jüri Vips was active for Red Bull in Barcelona. A few weeks later he was kicked out of the team’s driver squad. It is likely that Liam Lawson will join Red Bull, but he is also on AlphaTauri’s list and may be allowed to do training sessions for both teams at the same time.

Robert Schwarzman has spent many hours in the simulator at Ferrari. Now comes his big chance: in Austin and in Abu Dhabi, he will be allowed to contest the first Friday practice session. For the first time ever, Ferrari will then give the first free practice to a third driver.

At Alpine, Oscar Piastri was actually set for the Friday sessions. Now that he’s confirmed as a McLaren regular for 2023, it’s unclear what Alpine’s plans are. Jack Doohan would be the logical choice as he is a candidate for the Alpine cockpit in 2023 anyway, but if the team decides to go with de Vries, he too could be in the Alpine car on Fridays.

The situation is also open at McLaren. Should the team manage to secure clearance for Piastri from Alpine, Piastri could be driving for McLaren on Fridays as early as 2022. McLaren could also give IndyCar drivers Colton Herta, Pato O’Ward and Alex Palou a chance. Nothing has been confirmed yet, although McLaren boss Zak Brown has held out the prospect of a Friday drive for O’Ward in his native Mexico.

At Spa-Francorchamps, Liam Lawson was in the car with AlphaTauri. He is expected to get another Friday drive. However, if de Vries joins the team for 2023, it would only make sense to let him get some driving experience as early as 2022.

The team has not had its own junior programme and loaned out Mercedes replacement driver de Vries at Monza for the Friday outing. But: in the meantime, Aston Martin has signed current Formula 2 champion Felipe Drugovich, who is expected to take part in the first free practice session in Abu Dhabi.

Similar situation to Aston Martin: Williams let de Vries drive in Barcelona, which certainly helped him in his spontaneous drive in Monza. Moreover, it has been certain for weeks: Logan Sargeant will contest the Friday practice for Williams at his home Grand Prix in Austin.

The team from Switzerland has read the rules carefully and made Guanyu Zhou count as a rookie on his debut weekend in Formula One. Theo Pourchaire will probably get the second entry in practice and probably at the Grand Prix in Mexico City, where he will be on site anyway. Robert Kubica’s three appearances do not count as rookie appearances, of course.

So far Haas has not announced any plans. If no other driver presents himself, Haas test driver Pietro Fittipaldi will probably be in the car. But not in Austin, because Antonio Giovinazzi will get an outing there. And it would be rather unpleasant to leave both regular drivers out at the same time, especially at the team’s home race in the USA.