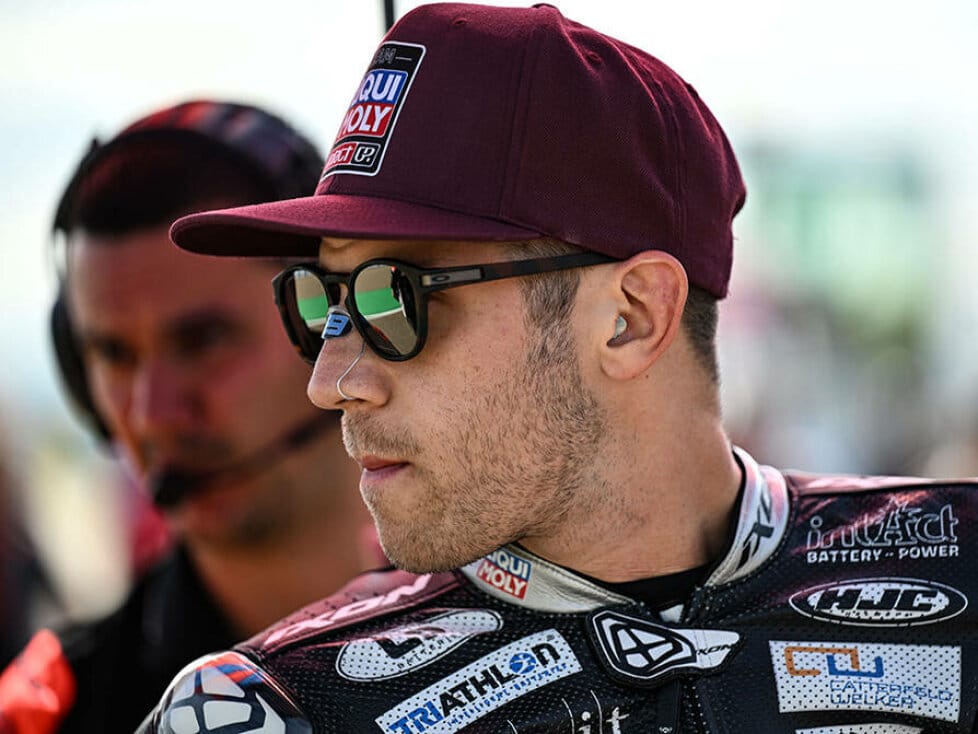 The Moto2 race at the Grand Prix in Motorland Aragon was over for Intact rider Marcel Schrötter after just a few corners. Starting from 22nd on the grid, Schrötter tried to fight his way forward after the start, but also came crashing down after Alonso Lopez crashed. Schrötter was lucky that the other riders were able to avoid him. However, the German is ready for action for the upcoming Grand Prix in Japan.

“The crash was the result of a chain reaction of unfortunate circumstances. But those are the things that can just happen when you have to start from so far back,” lamented Schrötter. “It started with a less than optimal start, which is why I wasn’t in the attacking position I wanted to be in.”

“Then something happened in front of me, including the crash of Lopez. This happened at a point where you are already at full throttle in the acceleration phase between the two corners. It was difficult for me to see that some in front of me were braking,” Schrötter reported.

“I couldn’t react that quickly at all because I was also already starting to overtake. That was the trigger,” Schrötter explains the crash in the first lap and regrets: “I’m sorry for the whole team that I caused more work this time of all times. It’s already hectic enough because of the packing for overseas. “

“The good thing is that I’m not injured and we made a step in the morning. Hopefully we can take that and the feeling with us to Japan. I want to continue to make every race work for me and finish the season decently,” stressed the German.

Intact team manager Jürgen Lingg is convinced that such crashes are a consequence of the messed up practice and qualifying sessions. “These things happen, but it’s a shame and not a nice way to end the season. We urgently need more to happen on Friday and then we will have a good chance of a better starting position on Saturday, which will then help us on Sunday to play off the pace in the race and not get involved in situations like today,” commented Lingg.