All four of Schalk’s promoted players promote themselves 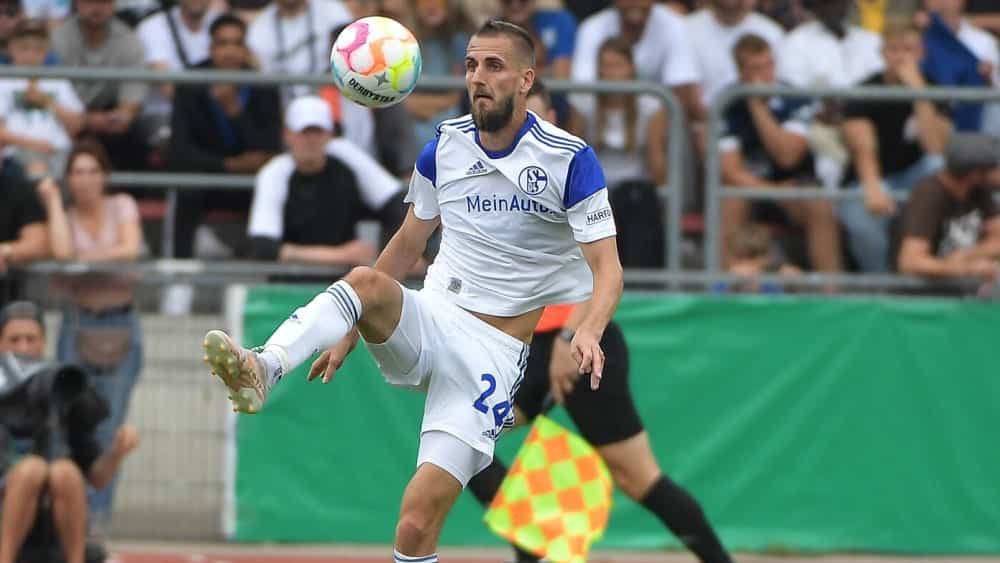 Seven newcomers were in the starting eleven for Schalke’s easy 5:0 win over Bremer SV in the cup, but it was the four promoted players who particularly drew attention to themselves.

5:0 in the first round of the cup, 4:0 already at half-time, already 2:0 after only twelve minutes: Schalke 04 had no trouble at all against Bremer SV, promoted from the fourth division. Seven players in the starting line-up were newcomers, of whom Tobias Mohr made the best impression. And the four promoted players in the cup starting eleven? They were all convincing!

Dominick Drexler: Two goals, each with a direct shot: After a rather inconspicuous pre-season, the midfielder pushed himself to the fore with a brace and became the match-winner. “He justified his nomination for the starting eleven right from the start,” praised coach Frank Kramer. Drexler’s goal-scoring exploits will have done him a world of good as the 32-year-old, who will face his former club 1. FC Köln in the league opener on Sunday, has a lot of competition to overcome. Drexler said after his first competitive brace for Schalke: “It’s an honour that I got to play.” Especially when looking at the bench, where Marius Bülter – the promotion hero with the “24 scorer points”, as Drexler pointed out – was also initially sitting.

Rodrigo Zalazar: Regardless of the game against Bremer SV, he probably has one of the best chances of playing a regular role in midfield. Zalazar, who scored from 59 yards out in the 2-1 win at Nuremberg in the last competitive game of the promotion season, now made his first competitive appearance of the new campaign less than two minutes into the match.

Marcin Kaminski: His outstanding long pass led to Drexler’s 3:0, and the centre-back also headed home the final 5:0. That’s one of the reasons why the left-footer currently has the best chance of playing alongside newcomer Maya Yoshida.

Thomas Ouwejan: He and his standards will be particularly important in the new season – no wonder that the Dutchman, who is supposed to play left-back in Kramer’s system, also provided danger on stationary balls against Bremer SV. His corner led to Drexler’s first goal.

Tobias Mohr: The eye-catching newcomer set up three of the five goals. First he provided a precise header for Zalazar for the early 1:0, later he played a good ball into the top for Sebastian Kmiec’s own goal for the 4:0 and completed his work with a perfect corner before Kaminski’s 5:0.