After substitution: Terodde scores a brace in eight minutes 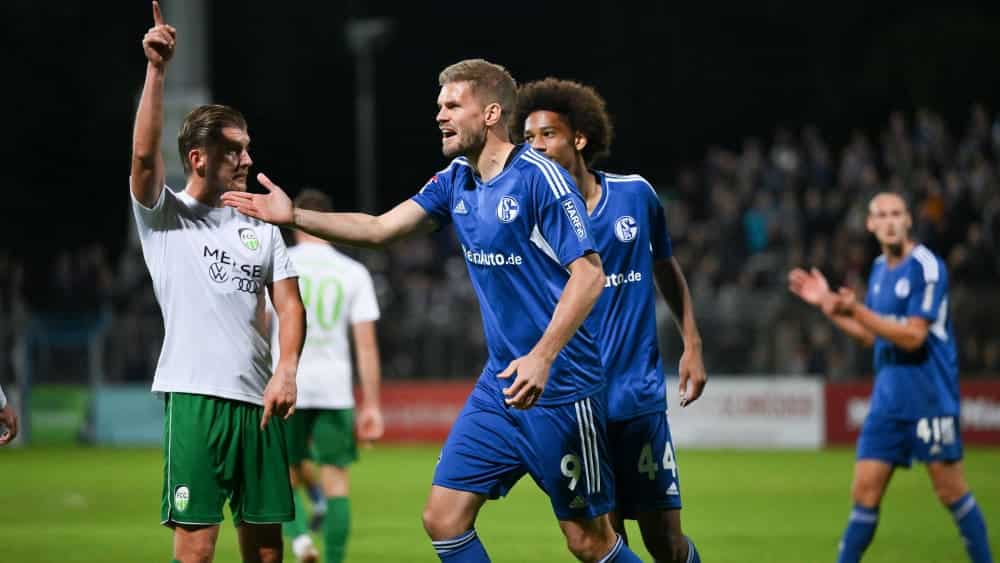 After a concentrated performance, Schalke won against the Oberliga team Gütersloh with 3:0. Until the substitute Terodde scored a brace, the match was open, at least in terms of the result.


In FC Schalke 04’s test against Oberliga side Gütersloh, the Bundesliga promoted side had everything under control. The East Westphalians were hardly dangerous at all, Schalke’s Fährmann had a quiet evening in goal.


Offensively, S04 did not have chances every minute, but they did have some good opportunities. After two first attempts by Mollet (cleared just before the line, 12th) and Larsson (Gütersloh keeper Peters saved strongly, 13th), the captain of the Königsblauen was in the right place. Latza pushed a deflected cross from Matriciani over the line from close range to take the lead (25). Shortly afterwards, Mollet could even have increased the lead with a free-kick from 22 metres, but the post was in the way (32nd).

In the second half, Gütersloh visibly ran out of steam, Schalke had everything under control but kept the game open, at least as far as the result was concerned – until goal-scorer Terodde was substituted (74.).

Terodde comes on, scores and decides the game

The attacker was not even two minutes on the field and the ball was already in the goal. Terodde headed an Ouwejan cross into the short corner (76.). Just eight minutes later, the striker was again the recipient of a cross, this time it came from Mollet: Terodde took the ball down with his chest in the penalty area and tucked it in for the 3:0 final score.