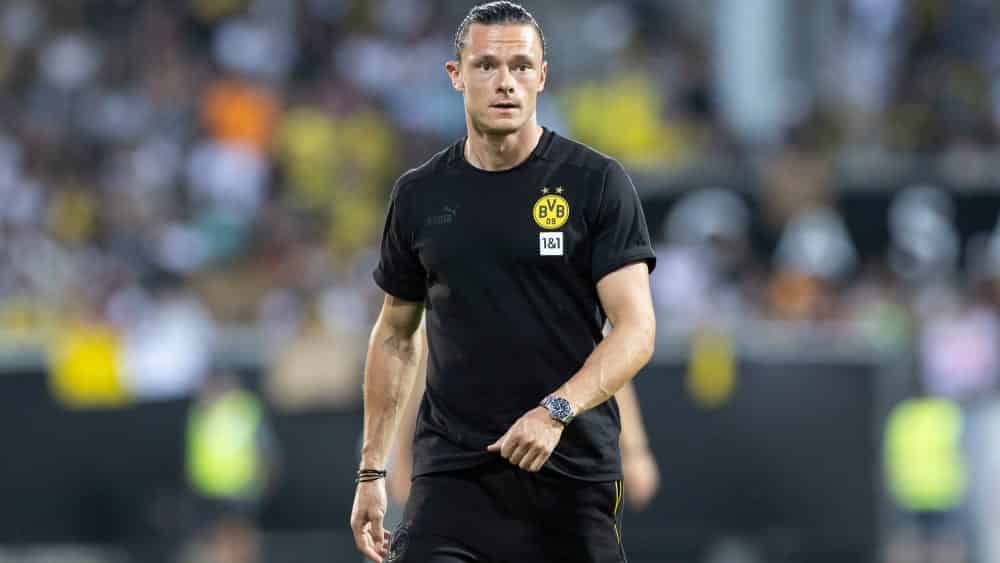 Nico Schulz no longer plays a role in Borussia Dortmund’s professional squad, but the left-back celebrated a surprising – and late – season debut for BVB’s U 23 on Thursday.

Officially, Nico Schulz is still part of the Borussia Dortmund squad, but coach Edin Terzic is not including the left-back in the matchday line-up. The 29-year-old is only training with the professionals and has no prospects of playing. Schulz knew very early on in the pre-season that he would not play a role in the plans. However, since he did not find a new club, he remained with the Black and Yellows beyond the end of the transfer window.

Surprisingly, Schulz now celebrated his late season debut. In the 4-2 defeat against Dutch first division side Go Ahead Eagles Deventer, the former international was in the starting eleven before being substituted during the second half. According to the Ruhr Nachrichten, a decision will soon be made on whether he will continue to play for BVB’s second team, which plays in the 3rd division.

There Schulz would meet another familiar face: As BVB announced on Thursday, Julian Koch will take over the co-coaching post on coach Christian Preußer’s staff with immediate effect. The former left-back, who was considered a great talent in his playing days but only made two Bundesliga appearances for Borussia due to injury, had ended his career in 2019. Most recently, he was the co-coach of VfL Bochum’s U17s.

Flick struggles with Bayern farewell: “Why did it come to this?”