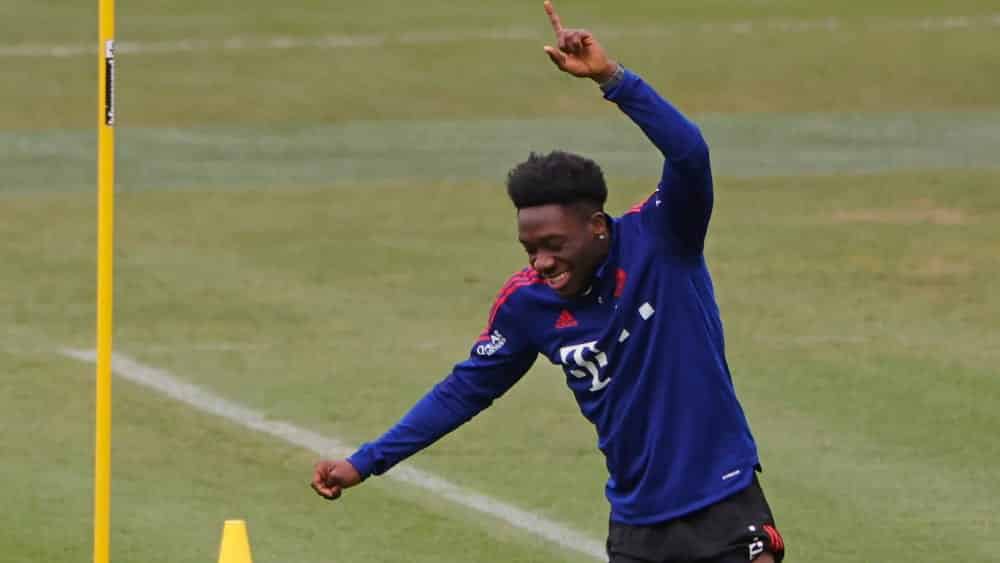 A lot of amateurs were allowed to show off during FC Bayern’s training session on Tuesday – and Alphonso Davies (21).

15 FC Bayern professionals set off for their respective national teams at the start of the week, with Benjamin Pavard cancelling his trip to the French world champions on Monday due to a Corona infection.

At Tuesday’s training session for the league leaders, which was attended by around 100 fans in sunny twelve degree weather, a number of amateurs from the regional league side therefore filled out the squad, including veteran Nicolas Feldhahn, 20-year-old American Taylor Booth and South Korean Hyun-ju Lee, who was only signed in January.

Joshua Kimmich postponed his trip to the DFB because he and his partner are expecting their third child. The midfielder was therefore present at Säbener Straße, as was Leon Goretzka, whose comeback is due after the international break.

However, Alphonso Davies attracted the most attention. For the first time since the beginning of January, the Canadian trained with the team after his slight heart muscle inflammation.