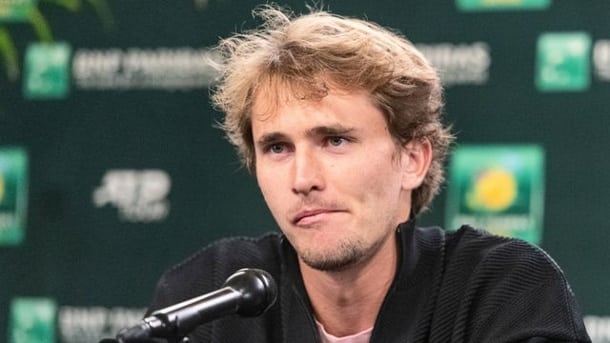 The Olympic champion surprisingly lost his opening match against US-American Tommy Paul in the Californian desert. The new third-place finisher is now record Grand Slam winner Rafael Nadal. The Spaniard overtook Zverev thanks to his final appearance, according to the rankings published on 21 March.

Novak Djokovic, meanwhile, is now officially the number one in the tennis world again. The Serb again leads the world rankings ahead of the Russian Australian Open finalist Daniil Medvedev, who had only replaced him at the top on 28 February. At the next Masters 1000 tournament in Miami, which starts on 23 March, there could be another change at the top. Djokovic will be absent, as he was in Indian Wells, because he has not been vaccinated against the corona virus and has therefore not been allowed to enter the USA.

In the women’s tournament taking place at the same time, the German number one Angelique Kerber is threatened with a difficult duel with the former Japanese world number one Naomi Osaka after a walk-through in the first round. The Kieler moved up one place in the world rankings to 15th.