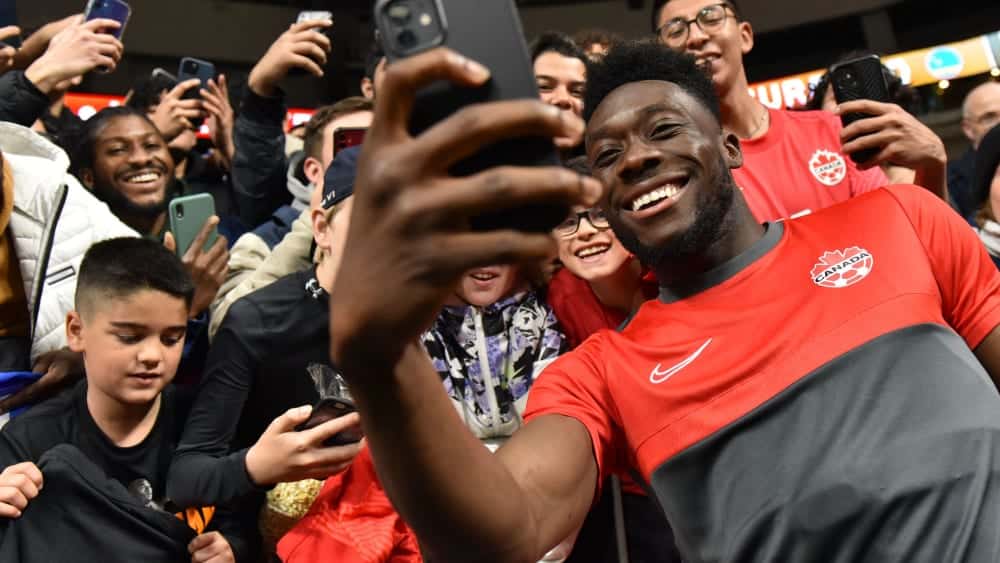 In Canada’s 4-0 win over Curacao in the Nations League, Alphonso Davies (21) played the starring role – in a special place.

With tears in his eyes, he had watched on his home computer as the Canadian national team qualified for a World Cup finals for the first time since 1986 in March. Alphonso Davies, his country’s best player, had been unable to play for the national team since November because of heart muscle inflammation.

That changed on Thursday (local time) – and how! For the first time since his move to FC Bayern, Davies returned to his old home in Vancouver for the Nations League match against Curacao. At the Whitecaps, the then teenager had turned professional as a 15-year-old in 2016, and from there he went to Munich for ten million euros in January 2019.

And in his home of all places, against the very opponent against whom he celebrated his national team debut in 2017, Davies showed his compatriots what they had been lacking recently – despite successful World Cup qualification. Against admittedly rather weak opponents, it was the Bayern pro who set the pace from the start as the left-winger in coach John Herdman’s 4-4-2 system.

After just ten minutes Davies set up Jonathan David after a strong solo effort, but the Lille striker missed. Around ten minutes later, the Munich man himself took a shot from 20 metres, but it was blocked decisively. Davies was rewarded for his effort in the 27th minute after winning the ball himself and converting a penalty with aplomb. “AD19”, a noticeably delighted commentator yelled into the microphone, “welcome back, welcome home”.

Before the break, Steven Vitoria headed home for the hosts (42nd), who did not let anything happen after the break. It was Davies again who made the difference in the 71st minute after a one-two with Richie Laryea. It was his eleventh and twelfth international goals in his 31st appearance.


Whitecaps forward Lucas Cavallini made it 4-0 just before the end (85th). The Canadians thus immediately took the lead in their Group C, Davies earned the top mark of all professionals. The next game is in Honduras on Monday (local time).