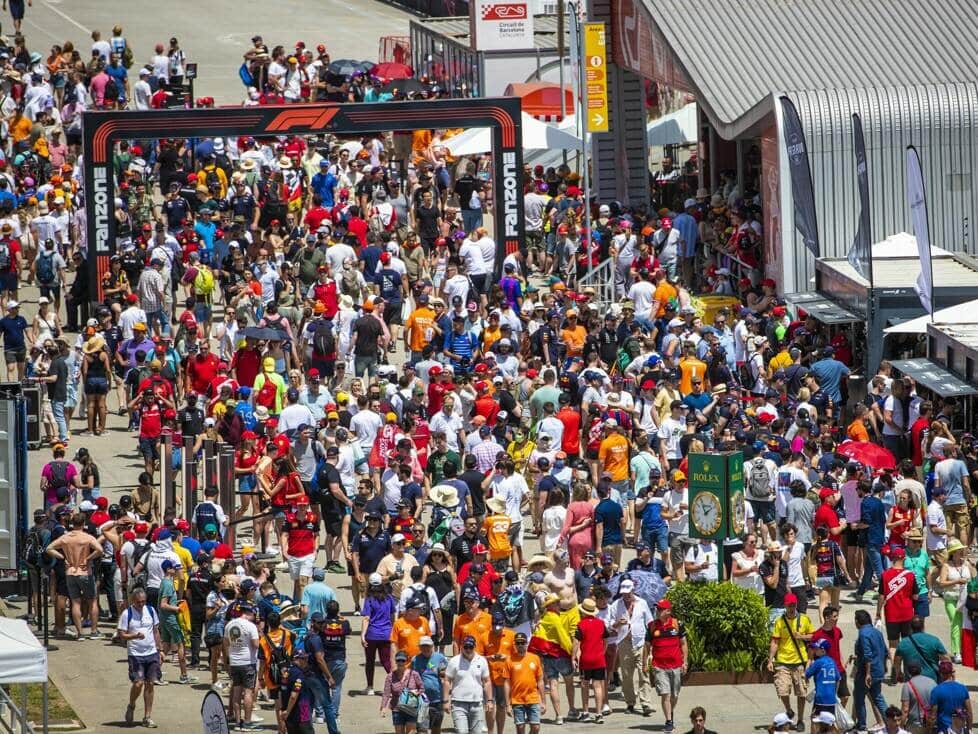 After two years of limited crowds being allowed at the Circuit de Barcelona-Catalunya due to the Corona pandemic, it was a sell-out crowd at the Spanish Grand Prix this year. 300,000 people flocked to the Barcelona venue over the weekend.

But it soon became apparent that the venue was not prepared for the huge rush of Formula One fans. Long queues formed in front of the limited food and drink stands and the sanitary facilities.

Especially on Saturday and Sunday, traffic on the access roads around the circuit came to a standstill and fans struggled to find a parking space. Even Montmelo’s small train station had difficulties transporting fans to and from the centre at rush hour.

Formula 1 fans complain on the net

The problems were compounded by the heat as Catalonia experienced its hottest week of the year so far. Temperatures soared above 35 degrees, leaving many fans to brave the weather without adequate food and drink

Many expressed their displeasure on social media. Some even hinted that they would not be coming on race day even though they had bought a ticket.

Hours after the race, Formula 1 released a statement calling the congestion “unacceptable” and calling on organisers to put a plan in place to avoid similar problems next year.

“The large number of fans at this event both inside and outside the circuit caused traffic problems for fans,” it said in a statement. “We have made the organiser aware that this is unacceptable and needs to be rectified for next season.”

Parts of the Montmelo circuit had been renovated for this year, but some of the main spectator facilities have remained virtually untouched over the years.

As the scene of Max Verstappen’s first Formula One victory – he won in 2016 – and a popular tourist destination, the Spanish Grand Prix has seen an increase in Dutch fans travelling to Catalonia in recent years.

Carlos Sainz’s improved results with Ferrari and Fernando Alonso’s comeback have also seen a resurgence of local fans flocking to the Spanish circuit, which has hosted Formula One races since its inception in 1991.