HomeMotorsportsLoeb after retirement in Portugal: We "certainly can't be satisfied"
Motorsports 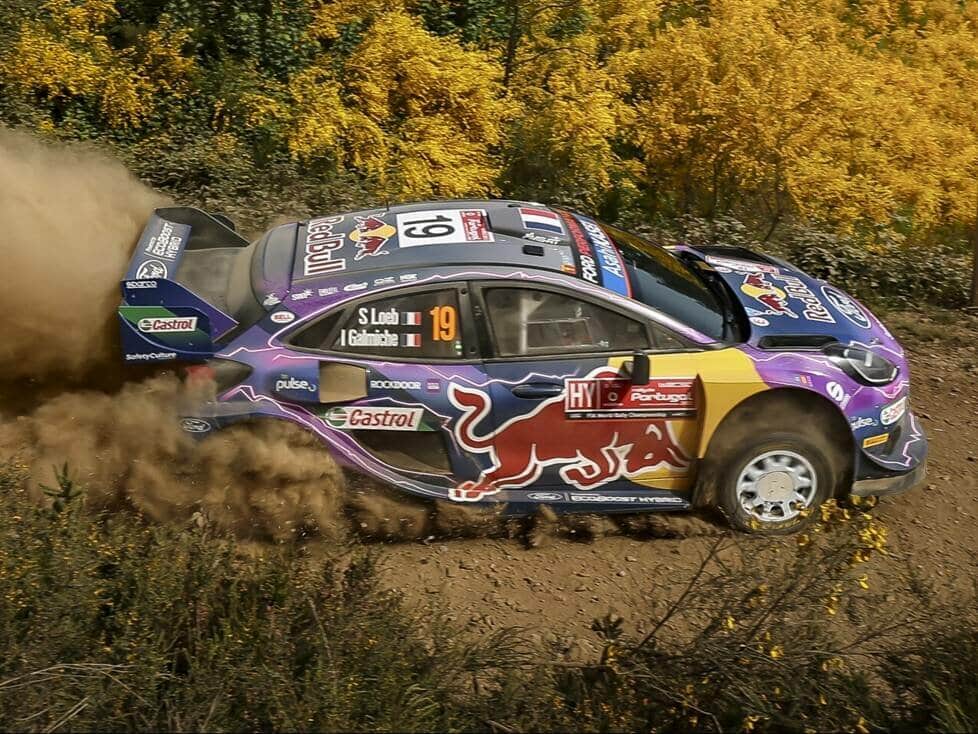 “I certainly can’t be satisfied with the way this weekend went for us,” stressed Sebastien Loeb after the World Rally Championship (WRC) round in Portugal. The nine-time WRC champion was leading the rally when he retired due to an accident. His teammates Gus Greensmith, Pierre-Louis Loubet, Craig Breen and Adrien Fourmaux also had their difficulties.

The M-Sport train didn’t really get moving, although Loeb was back on course for the podium in his second guest appearance after his sieve in the Monte Carlo opener. On the fourth special stage (SS), he had taken the lead together with Isabelle Galmiche, but only a few hundred metres into SS 5, everything was over: The Frenchman crashed into a wall and damaged the right suspension of the Ford Puma.

Loeb came back on Saturday, but then had to park his car for good because of a problem with the engine. This meant the end of the rally for the 80-time WRC race winner. He says: “We didn’t expect the rally to be over for us on Saturday morning. First I made a mistake, then the turbo broke. Hopefully I’ll get another chance to compete with the car later in the year. “

M-Sport team principal Richard Millener says: “We entered Portugal with a strong line-up and had hoped to follow up our victory at the Rally Monte Carlo with another podium result. Things were looking very good for us on Friday lunchtime, but then Loeb made a rare mistake that no one would have expected from him and which ended his great performance.
his great performance.”

Loeb’s teammates were also dogged by bad luck on the gravel tracks of Portugal. Breen and co-driver Paul Nagle were in the thick of the action on day one before a puncture on SS8 put them out of the running. In the end, the Irishman only finished in eighth place. In addition, “brake problems” on the power stage had ensured that Breen could not fight for important bonus points.

The best M-Sport driver was youngster Pierre-Louis Loubet. The Frenchman even sniffed at a stage win on SS 5, but was beaten by Sebastien Ogier by 0.6 seconds. The son of former European rally champion Yves Loubet ultimately finished seventh to lead the Puma pack and spoke of a satisfactory performance from the car on gravel.

Greensmith experienced a similar rally to his teammates: things started well, but then the devil of mistakes thwarted his plans. In fifth place, a puncture on Saturday morning set him far back. Later, in the afternoon, he hit another stone, which finally forced him to retire. In addition, it was “the bad tyre choice” that had got him into trouble in the first place.

Fourmaux finished in ninth place on Sunday, ahead of Greensmith. The Frenchman’s task was to bring the car safely to the finish, which is why he had not taken any risks. “The rally was very good to regain some confidence,” said Fourmaux. “We are happy to have reached the finish and to have scored some WRC points for the manufacturers’ standings.” After retirements in Monte Carlo, Sweden and Croatia, it was his first rally to finish in the 2022 season.