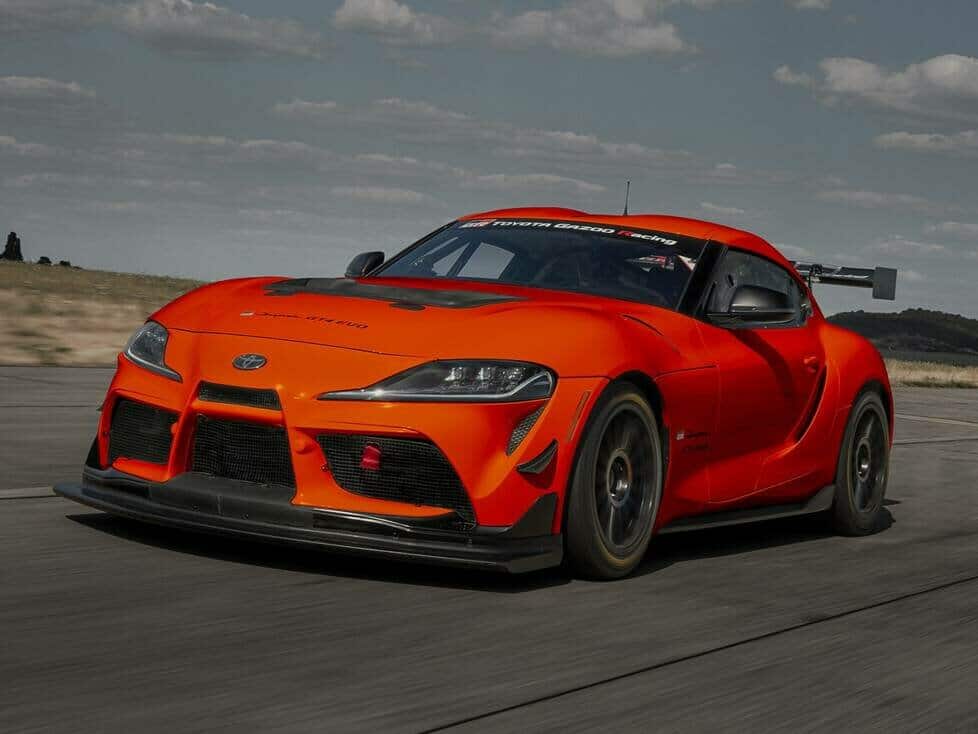 After three years, the Toyota GR Supra GT4 is getting an upgrade. The Evo version, which will roll off the starting line in 2023, has a much more aggressive look. But a lot has also changed underneath the bodywork.

Toyota Gazoo Racing Europe focused on three core areas: Engine, brakes and handling. The changes had been made based on “constructive customer feedback”. The price is 186,000 euros plus VAT.

By comparison, this beats the BMW M4 GT4 by 1,000 euros in purchase price, while the other German products are priced at more than 190,000 euros. The Evostage of the KTM X-Bow GT4 also costs 188,000 euros. More decisive, however, are of course the costs of use, which have yet to be proven.

There are also upgrades on the engine side: The 3-litre six-cylinder turbo engine from the BMW shelf has been optimised in terms of torque and top performance. In addition, a new cooling system is used.

Because the Balance of Performance of course immediately recoups all performance improvements, Toyota does not give a power figure for the engine. The base GT4 version, introduced in 2020, was quoted at 435 hp (320 kilowatts). Maximum torque for the Evo variant is given as up to 660 Newton metres – ten more than the previous variant.

The debut will take place at the end of January at the IMSA SportsCar Challenge, a supporting race of the 24 Hours of Daytona. The car will be available for all current GT4 series, including the ADAC GT4 Germany. Here, Piro Sports entered a GR Supra in 2022 and took a season victory at the Nürburgring.

In the DTM Trophy, Tim Heinemann drove the Japanese model to the title in 2022. Most recently, the car celebrated its 50th class victory in the GT World Challenge (GTWC) Asia in Sugo.