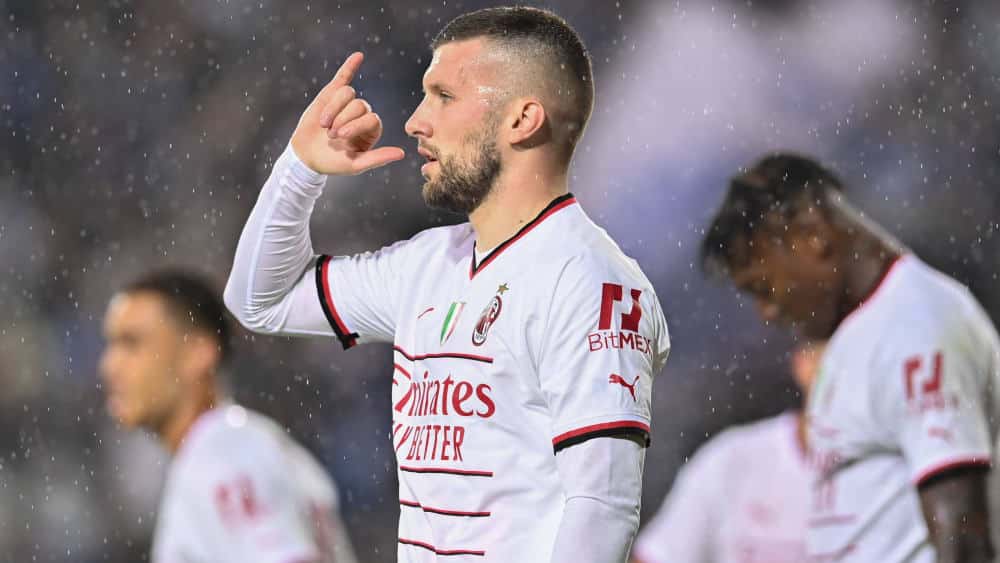 Milan bounced back after the international break with a working victory in adverse conditions at Empoli. 3:1 was the final score for the Rossoneri on this 8th matchday – very late goals included.

It was already clear in advance that FC Empoli would be an uncomfortable opponent – after a decent start to the season, the Tuscans had only lost two games so far. The fact that heavy rain had set in on an already soft surface only made the task more difficult.

And so the first 45 minutes had few highlights to offer, just like a 0-0 draw. Rafael Leao & Co. hardly took place up to this point, although Empoli did try something offensively themselves and offered spaces every now and then.

The second half continued to be a slow affair, apart from a superb save by FCE keeper Vicario from a Tonali low shot (64th) and a missed opportunity for Empoli wildcard Bajrami. The Albanian international should have scored freely in front of AC goalkeeper Tatarusanu, especially in the 74th minute.

That took its revenge five minutes later: Rafael Leao was lucky to get through after a long throw-in, before the Portuguese crossed to Rebic in the penalty area. The Croatian ex-Frankfurt player, who had arrived only minutes before, slid in without humour to make it 1:0 (79th).

But this was not the end of this duel, and with the onset of injury time, things really got going – starting with a spectacularly converted direct free kick by “FCE-Chancentod” Bajrami for the celebrated 1:1 (90.+2). But just two minutes later, Ballo-Touré restored Milan’s lead before Rafael Leao put everything beyond doubt with a superb lob to keep Milan in the lead behind Napoli at the top of the table (90.+7).