How two icons almost killed each other 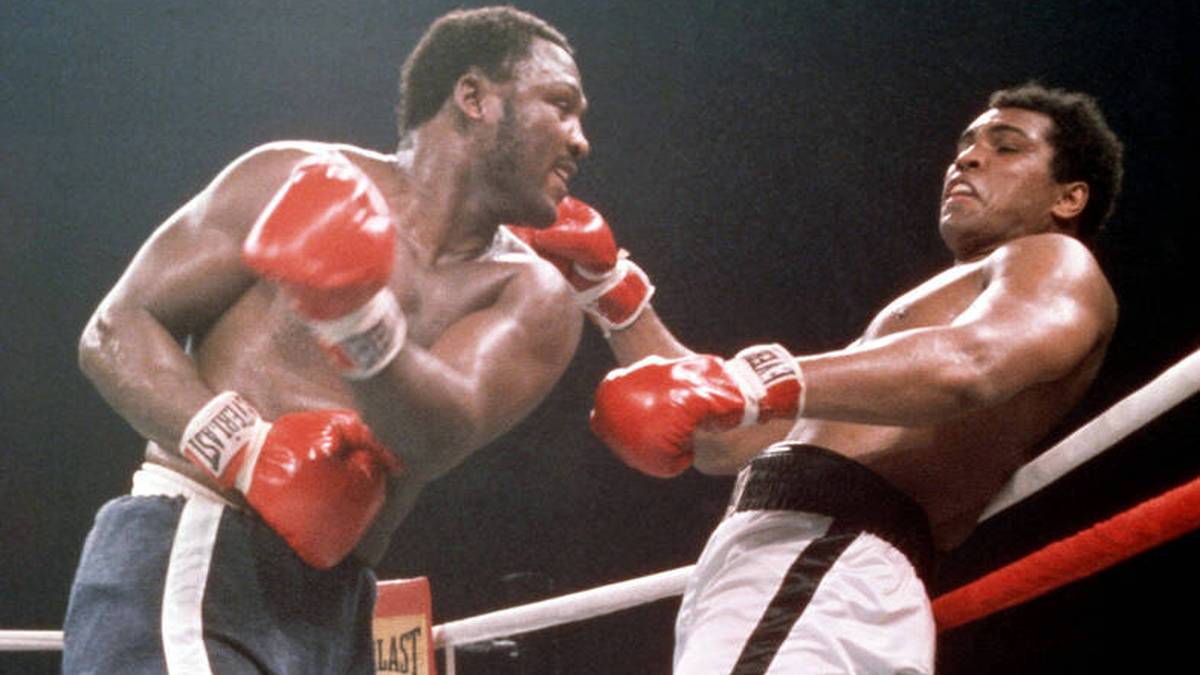 Muhammad Ali and Joe Frazier fought one of the most dramatic and brutal fights in boxing history in 1975. Both were in mortal danger at times

The sun was blazing. In the Araneta Coliseum it was around 40 degrees Celsius, the humidity unbearable. Just sitting around was enough to make the 25,000 spectators sweat. These were no conditions for playing sport. Especially not top-class sport.

But two men pulled themselves together on this morning 47 years ago today. They fought one of the most dramatic and brutal fights in boxing history. Muhammad Ali and Joe Frazier caused the legendary “Thrilla in Manila” in the Philippines.

The trade magazine The Ring later wrote of the “best boxing match of the 20th century”. Ali won this one by stopping the fight before the final 15th round.

The duel for the heavyweight world championship marked the end of a trilogy. The two rivals had already clashed twice before in the ring. In 1971 they fought for the title in the “Fight of the Century”. Frazier won the fight at New York’s Madison Square Garden with a points victory.
Three years later, it was a rematch. Again in New York. Again in the time-honoured hall in Manhattan. Only: the result was different. Ali won the “Super Fight II”, which was not so super. He thus won the right to a duel with George Foreman, who was world champion at the time. Ali beat him in the “Rumble in the Jungle”, regained the titles.

And “The Greatest” thus set the stage for another duel with Frazier. On 1 October 1975, they boxed for the world championship in Manila.

Ali mocks Frazier as a gorilla

Verbally, however, the rivals went at each other beforehand. Ali mocked Frazier as a gorilla. “Are species-protected animals allowed to enter the Philippines?” he asked rhetorically. But “Smokin’ Joe” could also dish it out. His martial words were: “I’ll tear this half-breed’s heart out of his chest”.
Such attention-grabbing attacks were to the liking of the string-puller behind the “Thrilla”: the resourceful and at the same time windy boxing promoter Don King had chosen Quezon City in the Manila metropolitan region as the venue.

King had negotiated a deal with the Philippine dictator Ferdinand Marcos. The president and his wife Imelda were in the box when the fight started at 10 am. Viewers in the US were able to watch the third part of the Ali-Frazier saga in prime time.

The champion, now 33 years old, no longer possessed the elegance of earlier days. Instead, Ali impressed with his punching power from the start. With a left uppercut he sent Frazier, two years younger than him, into the ropes in the first round.


But the stricken man soon struck back. Frazier put Ali on the spot, ramming his fists into his kidneys. Angelo Dundee, Ali’s trainer, didn’t like it. “Get out of your damn corner,” he yelled in the fifth round.

Now the fight was turning into a real “Thrilla in Manila”. Ali, by the way, had coined that name in advance with a rhyme: “It’s gonna be a thrilla, and a chilla, and a killa, when I get the gorilla, in Manila”.

The two fighters opened the seventh round with an exchange of words. Renowned sports journalist Hartmut Scherzer later wrote it down for the Frankfurter Allgemeine Zeitung. “Old Joe Frazier, why did I think you were washed up?”, Ali began the verbal duel.

His rival countered, “You were misinformed, pretty boy.”

And on it went. In the 13th round, Ali brought his opponent to the brink of a knockout with heavy hits. Frazier’s right eye swelled shut after that, and he could barely see.

After the 14th round, the challenger settled down on his stool. Frazier’s trainer Eddie Futch announced a stoppage. The boxer protested – in vain.

Ali had no more strength to cheer his success. He even suffered a collapse. A sign of the inhuman conditions at the Araneta Coliseum. According to ring doctor Ferdie Pacheco, both boxers were in danger of losing their lives at times due to their loss of fluids.

When the boxers recovered, they delivered quotes that also went down in sports history. “I threw punches at him that would have brought down a city wall and he put them away,” Frazier said of Ali.

And the world champion was scarred. Ali: “We came to Manila as young champions and left as old men. “