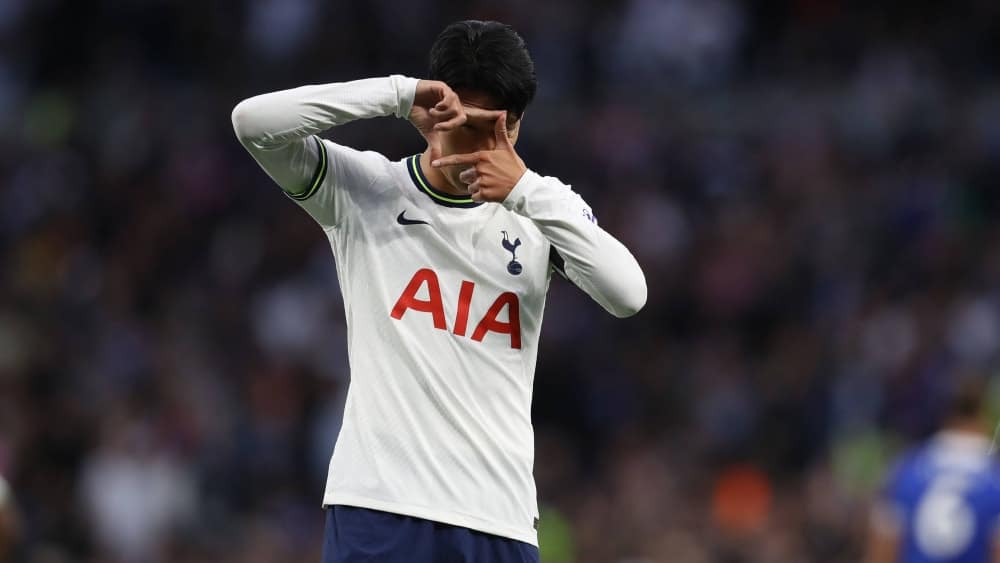 Tottenham Hotspurs continued their run in the Premier League by beating struggling Foxes Leicester. After a varied first half, the Londoners, led by substitute Son, stepped up a gear in the second half to secure a comfortable win.


After the late and deserved Champions League defeat against Sporting, Tottenham faced a supposedly feasible opponent in the form of winless Premier League bottom side Leicester City. But it was already clear after about three minutes that the Foxes were not to be underestimated: After a quick attack on the left, Sanchez went forward impetuously against Justin and the visitors were awarded a penalty. At the first attempt, Lloris saved from Tielemans, but was whistled off. At the second attempt, the Belgian held his nerve and scored to take the lead (6th).


The problems of the struggling Foxes then became apparent in the direct counter-attack. After a short corner from the left, Kulusevski’s cross was not in sight of Kane and the early lead was gone. The English international striker headed in from close range (8th). After 20 minutes, every Leicester player realised that Spurs are very dangerous with high balls. After a Perisic corner, it was again a high ball that caused the Foxes a lot of problems. Dier rose higher than his opponents and headed the ball into the far corner (21.).

Sanchez for the lead, Maddison equalises

Shortly afterwards it could have been even worse, the ball was again in the net after a corner from the left (27.). But because Sanchez had broken the rules, referee Hooper called a foul on the striker. Leicester got off lightly and equalised. After Castagne’s cross, Maddison hit the ball with his shin and sent it over Lloris into the net (41). Towards the end of the first half, both goalkeepers had a chance to distinguish themselves, Ward first made an outstanding save against Sanchez (43rd), then on the other side Lloris with a strong reflex save against Maddison (45.+1).

The half-time break did nothing to dampen the lively game, which continued at a high tempo. It took less than two minutes before the ball was in the net again. This time it was Spurs who took the lead again. Ndidi lost the ball in the build-up to Bentancur, who cut through and was free in front of goal (47th). After the goal, however, the air was a little bit gone, only Daka could make an exclamation mark with a header (58th).

The substitute Son then put the lid on it. Kane laid on three times and the South Korean scored three times. First with a dreamy arcing shot (73rd), then with a curled shot (84th) and finally at the end of a brilliant counterattack (86th) Son overcame his personal crisis and scored his first three goals of the season in his sixth Premier League appearance. In the end, it was a well-deserved 6-2 win over an opponent who could not find a solution to the Londoners’ heading power in the first half and could not get a grip on the congenial duo of Kane and Son in the second.

After the international break, Spurs face Arsenal FC in the summit clash (1 October, 1.30pm), while Leicester host Nottingham Forest in a crisis clash on 3 October (9pm).