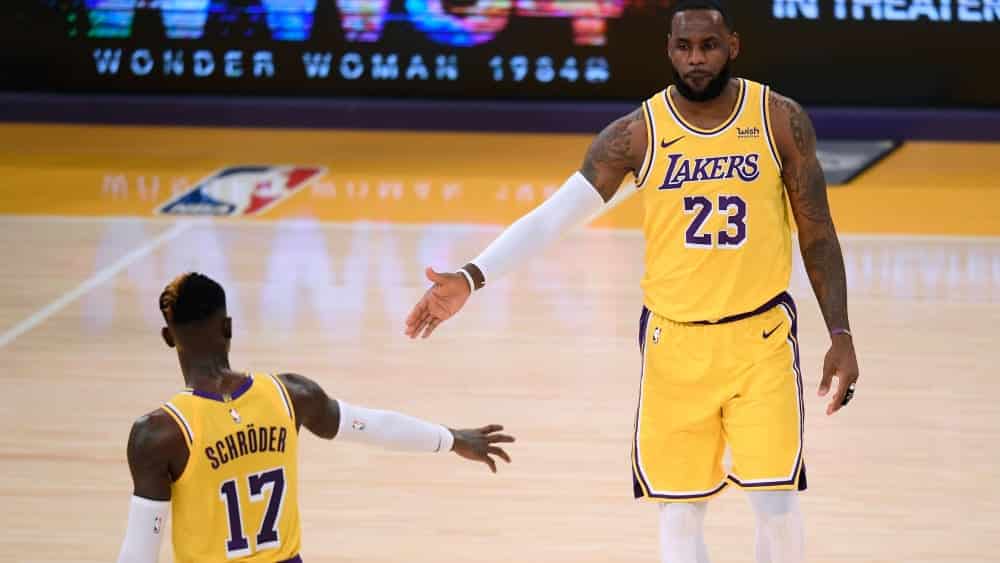 The return of Dennis Schröder to the Los Angeles Lakers also delights the “King”. On Twitter, LeBron James rejoiced over the re-signing of the national team captain.

Basketball superstar LeBron James is excited to rejoin Dennis Schröder on the Los Angeles Lakers for the upcoming North American Pro League season. “Yes Sir! So damn happy to have you back!” the 37-year-old James wrote via Instagram. Schröder, 29, previously played for the Lakers in the 2020-21 season and was most recently clubless after a down year with the Boston Celtics and Houston Rockets.

The national team captain, who will play for bronze with Germany at their home European Championship against Poland on Sunday is also full of anticipation. “It’s an honour to play for the Lakers. Can’t wait to get started!” wrote Schröder on social media.

Last year, he said, didn’t feel right. He had felt misunderstood and no one really knew the story. He is now coming back to the biggest organisation to make everything right. “I will give everything I have, every single day!!!”