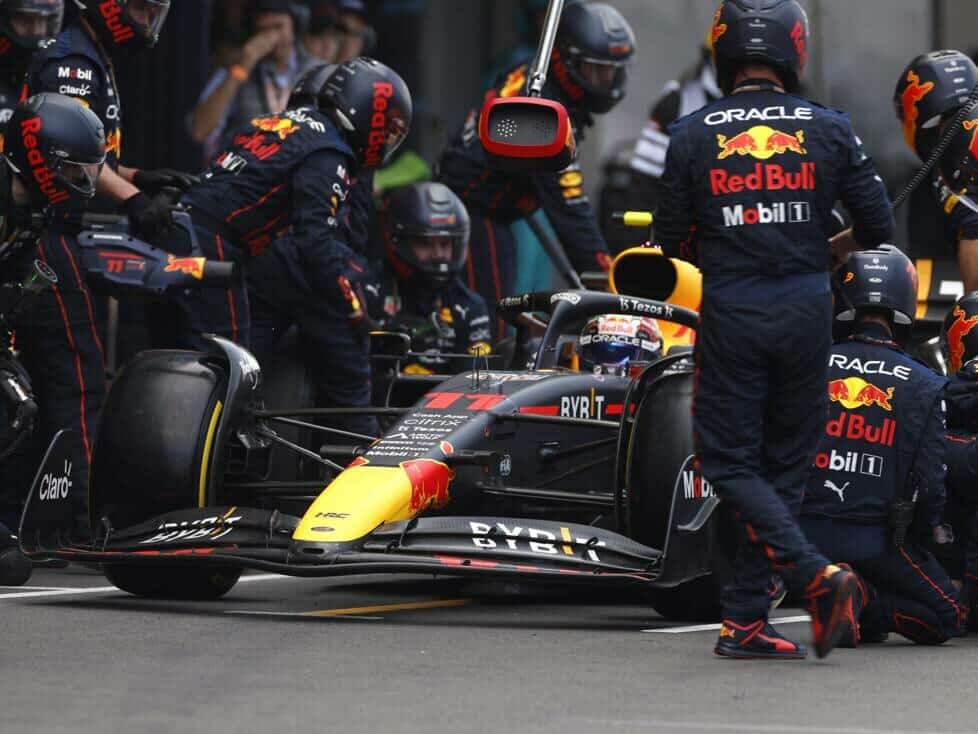 Max Verstappen won the 2022 Mexico Grand Prix for Red Bull and Sergio Perez finished third, but Red Bull sporting director Helmut Marko says they gave away a better result. “It’s a pity that the pit stop at Checo went wrong, because otherwise there could even have been a one-two,” he tells ‘ServusTV’.

“We still need to have a good look at it,” said Red Bull team boss Christian Horner. “It seems like the wheel nut was stuck or it didn’t come off cleanly. “

The bitter result from Red Bull’s point of view: Perez stood on the pitch for five seconds before it could continue. He spent 24.892 seconds in the pit lane, more time than any other driver who had regular tyre changes.

When the chance against Hamilton was finally gone

That’s why Perez calls the stop “bad” and the decisive moment in his race. Because Hamilton turned off six laps later and gained 1.7 seconds alone in the pit lane in comparison.

More than that, Perez fell behind the two Ferraris after the stop. “We lost too much time with that. That’s what it cost us,” Perez says. He did pass Charles Leclerc and Carlos Sainz when Hamilton pitted, but then found himself two seconds behind the Mercedes driver.

It wasn’t over at that point, Perez insists. “Our chance was still to overtake him on hard in his first laps, but I couldn’t do anything there. Once Lewis got his tyres up to temperature, it was basically over,” Perez says.

Why Perez had no chance to attack

The Red Bull driver did catch up and drove his RB18 into the DRS window behind Hamilton, but without getting any real overtaking opportunity as a result. “I couldn’t do much,” Perez reckons. “When I was behind him, everything was overheating: brakes, drivetrain, tyres. I only got into the DRS window a couple of times at all, but it wasn’t enough.”

At one point in the race, by the way, Perez complained over the radio that his DRS wasn’t working. According to team boss Horner, however, there was no technical defect, but “unfortunately Sergio was not in the DRS window by 0.03 seconds”.

Horner, however, praised Perez for a “strong recovery” and said: “Without the problem at the stop, I think Checo would have caught Lewis. His pace was good, but it was just not good enough for him to overtake Lewis. “