HomeMotorsportsSebastian Vettel in P14: "Were far too slow".
Motorsports 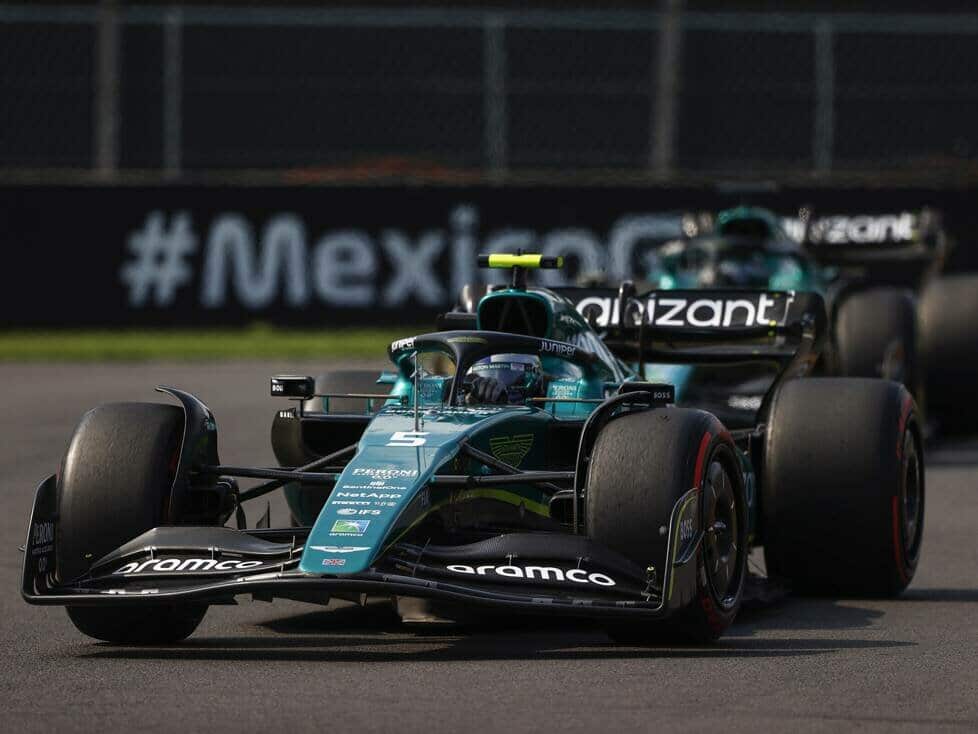 “If that’s a highlight of the weekend, it says a lot about the weekend!”, Sebastian Vettel replied to the journalist’s question whether taking the wheel of the Mercedes-Benz vintage car at the drivers’ parade had been a highlight. After all, the race itself was just as unsatisfactory as the qualifying session.

“It was difficult. We just didn’t have the pace. And yeah, then you struggle to move anything,” he told ‘Sky’ of his race, which ended 14th. “We tried everything but we were too slow. We don’t know why it was such a big difference to last week.”

And indeed, the four-time world champion left no stone unturned. With a 38-lap stint on the Soft tyre, he proved what the Pirellis have been capable of. “After managing these tyres for so many years, I already know roughly what to do. But unfortunately that didn’t help us either,” he commented.

Aston Martin had actually arrived with the aim of scoring more points and overtaking Alfa Romeo in the constructors’ championship after their strong showing in Austin. For his part, Valtteri Bottas only scored one point. But Aston Martin came away completely empty-handed, with Vettel 14th and Lance Stroll 15th.

“The car was just slow from the start. This is not the first race where this has happened to us. It’s not like we’ve never had that this year. But compared to last weekend… we have to understand that,” said Vettel.

Vettel faces a conundrum. Already on Friday, Vettel was poring over the data for so long that team boss Mike Krack had to throw him out of the bro, as he himself said. “We don’t understand it yet,” the 35-year-old admits.

Tires were the problem

At least the team made some progress with the analysis during the race. Krack explains, “He had problems getting the tyres into the right temperature window all weekend.

“We were surprised that other teams mounted the hard tyre, i.e. the C2. That was out of the question for us. We would never have got it up to temperature. Lance already had problems getting the medium into the window at the start, the same for Sebastian in the second stint.”

George Russell criticised Pirelli for bringing too hard tyres to the Autodromo Hermanos Rodriguez. Krack wouldn’t have minded either: “We would definitely have taken softer tyres! Normally you have your own opinion on such matters, but in this case ours is not too different from George’s. “

Sebastian Vettel has two races left before his Formula One career ends. “With the sprint race [in Brazil] it’s even three,” he points out. “The mood is still good, but of course not as high as it could have been after a race like this.”

Incidentally, what happened before the race at the drivers’ parade: Vettel and Stroll were actually supposed to be driven by a chauffeur in the vintage car. But the space was too tight: “I don’t know how you get three people on two seats, so I told my colleague he could get out!”