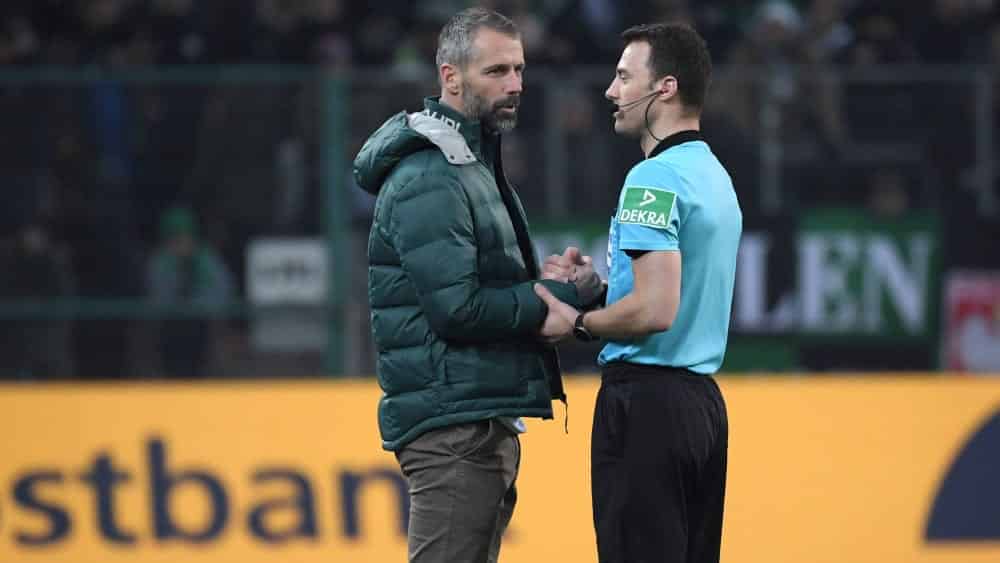 The experienced and long-time Bundesliga referee Felix Zwayer is currently “not active” – for personal reasons. Dortmund coach Marco Rose would like to see the referee return despite the recent criticism.

DFB referee boss Lutz Michael Fröhlich officially announced to the TV channel “Bild TV” only a few days ago that his protégé Felix Zwayer is currently not available as a Bundesliga referee. His words: “He took leave for himself after his last international assignment before Christmas and is not actively refereeing at the moment. That is self-determined on his part. “

Possible background: Zwayer faced harsh criticism after Dortmund’s 2:3 against FC Bayern, especially from Jude Bellingham, who had stirred up the Robert Hoyzer betting fraud scandal with his tirade and even indirectly accused the man in focus of bribery in that top match – fine for Bellingham included.

The origin of the debate lies in 2004: According to DFB files, it can be assumed that Zwayer, as an assistant, accepted money from the mastermind and the later convicted Hoyzer. Later, the referee uncovered the scandal as a kind of key witness, but manipulation was never proven despite his subsequent ban (six months). Since the match in Dortmund, the 40-year-old has not refereed a Bundesliga match. His last appearance was on 9 December in the Europa League group match between Real Sociedad and Eindhoven (3:0).

“You have to be able to deal with that, that’s clear “

This Thursday, Dortmund coach Marco Rose spoke out in favour of Zwayer’s return: “I just wish Mr. Zwayer a good and calm time now,” said Rose, adding: “Hopefully with the result that he then finds fun in whistling football matches again.”

Commenting on the match against the league leaders at the time, when the main issue was two much-discussed penalty decisions, Rose said, “We just didn’t feel we were treated properly on that matchday. We had the impression that the referee’s performance was not right. We made that known, and then we basically move on. “

Rose is open to a future one-on-one meeting with Zwayer, who has already made a proud 191 Bundesliga appearances and 22 Champions League appearances: “I am always open to dialogue. I’m always ready for anything in principle, because of course it makes sense to talk in principle, because then you hear a few things from other sides and get other perspectives and maybe a few things can be resolved. “