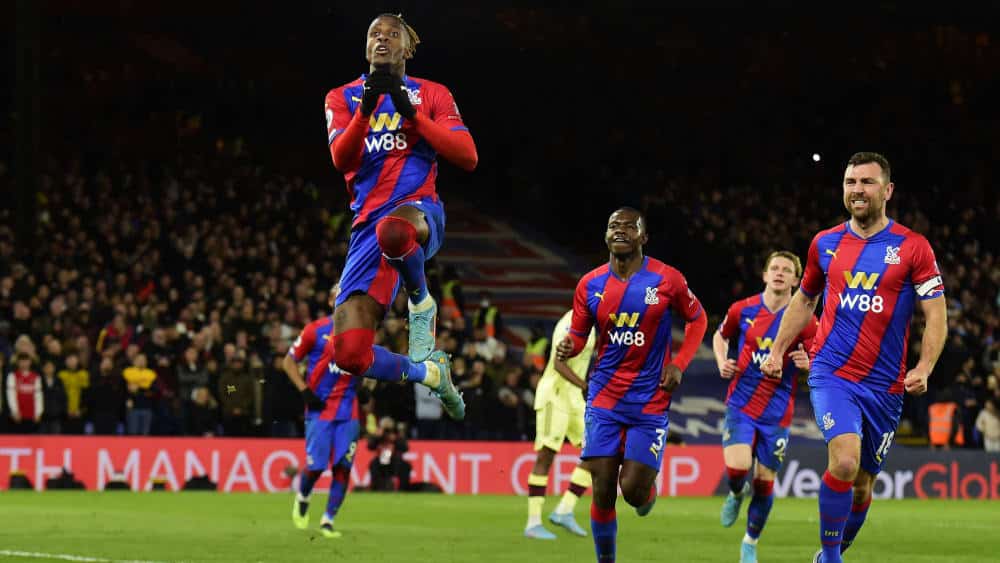 Although Arsenal FC were the clearly game-dominating team, especially for long stretches of the second half, in the end Crystal Palace had a 3-0 win on the scoreboard. The humourless efficiency of the visitors was also responsible for this.

The home side were quickly focused in the game, while the Gunners needed a little time to get up to speed. Lacazette (5.) and Gallagher (10.) were the first attacking influences, but their passes found no takers in the final third.

The Eagles had some upper water, without really creating any dangerous scoring chances. But Crystal Palace took the first one without mercy: After a Gallagher free-kick had become longer and longer, Andersen was quickest and won the header duel at the second post. Mateta only had to nod his header over the line for 1:0 (16).

Gunners sleep through half one

The North Londoners looked out of sorts after conceding the goal, Palace continued to play blithely. Just a few minutes later, Andersen took advantage of a gaping hole in the visitors’ midfield and played a pass from inside his own half to Ayew. As Gabriel had missed the ball before, Ayew was able to enter the sixteen without being disturbed and casually finish into the left corner in a one-on-one (24th).

Defensively, Arsenal regained their composure and the home side’s only chance through Mateta was thwarted by Ramsdale with a good save (38th). The visitors tried hard, especially from the 40th minute, but had no good ideas in the final third and played too transparent. So it went into the break with the 2:0.

But the North Londoners came out of the dressing room like a changed team. With refreshing play and bold attacking football, they pushed the home side into their own half. Crystal Palace had completely lost their momentum from the first half and the Eagles were only running behind. Nevertheless, Arsenal failed to score: twice Ödegaard was played free in front of the opponent’s goal, but both times the Norwegian shot too imprecisely. The ball landed once in Guaita’s arms (63rd) and once over the goal (68th).

The home side punished this sloppiness with a vengeance: After Ödegaard’s clumsy behaviour in his own penalty area, Zaha was brought down and a penalty kick was awarded. The man who had been fouled took the kick himself and in the 74th minute gave the home side a 3:0 lead.

The visitors continued to play forward and had good chances through Ödegaard (81.) and Nketiah (86.), but there was always a last defender’s leg, the aluminium or Guaita in the way. Arsenal were denied a consolation goal and the game ended 3:0.

The Gunners have now lost their Champions League place to Tottenham, who have been making up ground in recent weeks, and must now fear for their participation in the top flight in the final phase of the season.