Only 1:1 against Spurs: Liverpool stumble in the championship race 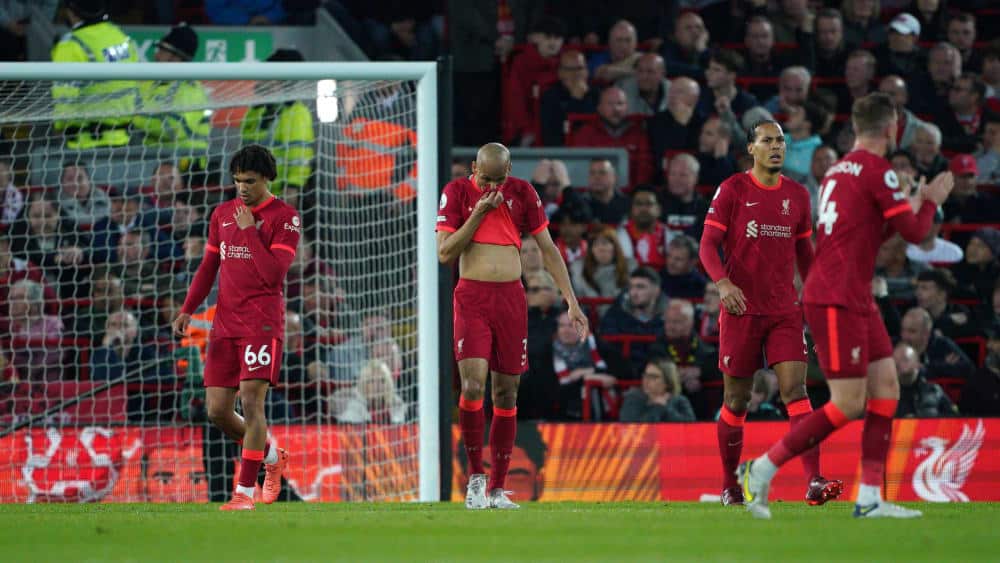 Liverpool FC have suffered a setback in the Premier League championship race. The Reds were unable to go beyond a 1-1 draw against Tottenham despite constant pressure and superior play – and are now looking anxiously to Manchester.


Liverpool could put pressure on league leaders Manchester City with a win against Tottenham Hotspur on Saturday night – and the Reds went about it accordingly. From the kick-off, the home side put on the pressure, pushing Spurs deep into their half and pressing hard after losing the ball.

The first real goal, however, came from the visitors, who broke free for the first time after seven minutes. Alisson was on hand to keep out both Kane’s cross and Bentancur’s long-range effort.

Permanent pressure from the Reds

After that, Spurs pulled well back at times and cleverly condensed the spaces. The Reds’ pressure increased again, but out of the game Liverpool struggled to create chances. And when they did, Lloris was alert. The keeper wiped away a miscued header from Sessegnon just ahead of Salah (28th) and also saved Luis Diaz’s long-range shot (42nd).

Aluminium goals on both sides

The Reds’ thickest chance in the first half came from van Dijk off a corner kick. The defender failed with his head on the crossbar (39.). Spurs’ attacking outings were much more measured, Höjbjerg also hitting the aluminium just before the break, the left post (42.).

The Reds started the second half with a lot of pressure, but Spurs held out again – and broke free better this time. Kane had too much space in front of the penalty area, took the advanced Sessegnon on the left and he had the eye for Son in the penalty area, who scored his 20th goal of the season to take the surprising lead (56th).

Liverpool continued to run and run, but the Spurs defence continued to bite. Time and again, a visiting player threw himself into the path of the shot and blocked decisively. Bentancur was unlucky when his attempted clearance deflected Luis Diaz’s long-range shot into his own net for the 1-1 final score (74th).

The Reds were unable to add to their tally and must now look anxiously to Manchester, where City have the chance to extend their lead to three points against Newcastle on Sunday.