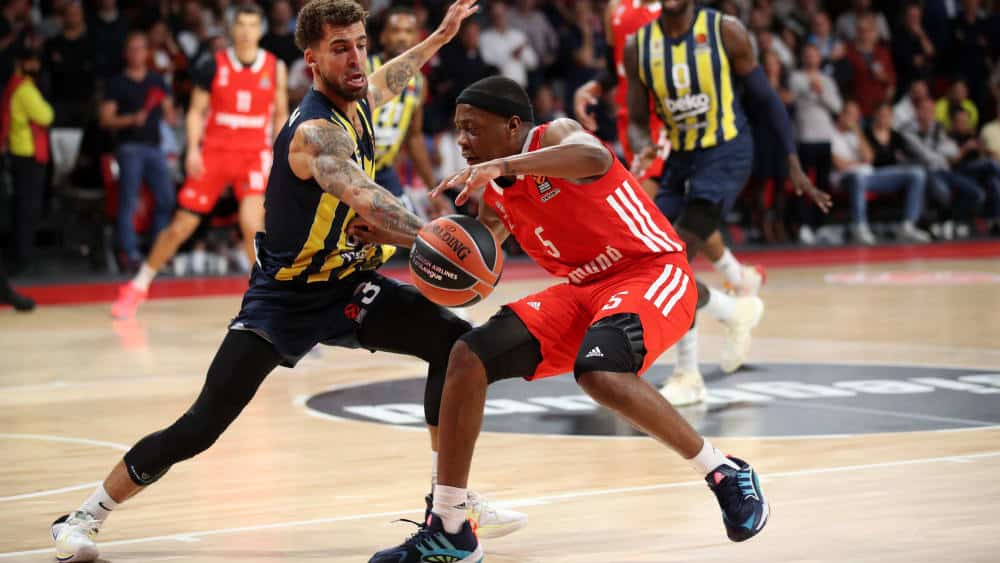 The basketball players of FC Bayern München have lost their first Euroleague game of the season. On Thursday, the German vice-champion lost against the Turkish top club Fenerbahçe Istanbul with 62:74 (34:40). The Bundesliga basketball team was not in the lead once.


The hosts struggled offensively: Four of the first five attacks ended in a ball loss, after six minutes the Munich team had only scored six points. But the bench players brought Bayern back. The guests from Istanbul had advantages near the basket, pulled away to as many as 13 points in the second quarter and were ahead 40:34 at the break.

Othello Hunter (18 points) and Nick Weiler-Babb (12) brought Bayern back to 44:48 in the third quarter, but Fenerbahçe pulled away again. For more than four minutes, the Munich team remained without points. In the final period, the visitors continued to control the game, and with three minutes to go, they had pulled away to a 20-point difference.

On Friday, the second German team in the Euroleague will enter the competition with Alba Berlin. The reigning German champions will then welcome Partizan Belgrade.