HomeBundesligaNagelsmann takes Tolisso's side to task: "Leroy plays the ball too sharply"
Bundesliga

Nagelsmann takes Tolisso’s side to task: “Leroy plays the ball too sharply” 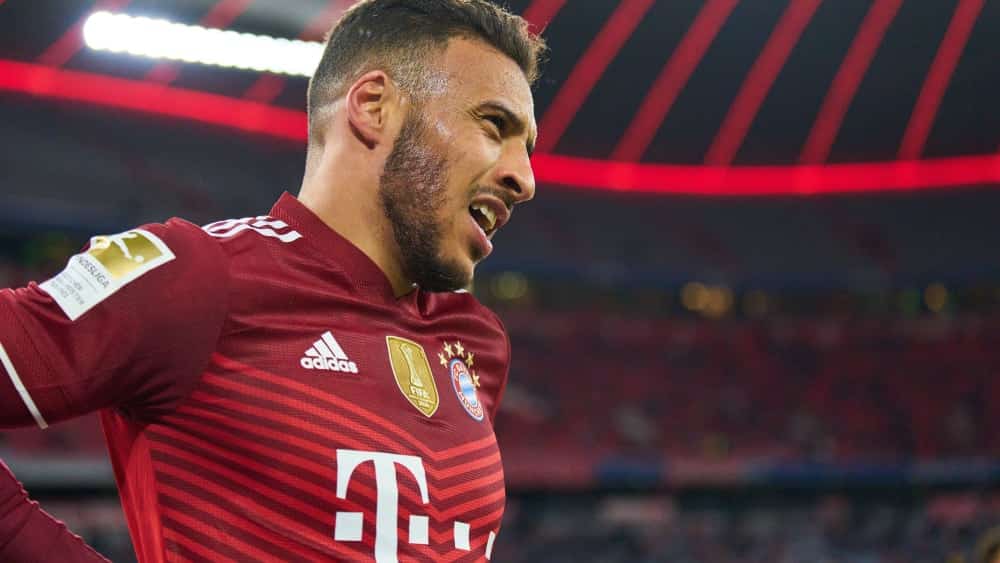 Corentin Tolisso (27) was involved in all the goals in the 3-2 win over Leipzig in half one – including RB’s equaliser. Julian Nagelsmann took the Frenchman in his stride.

The two goals conceded in the top match against RB Leipzig had little to do with his side’s attacking approach, Julian Nagelsmann made it clear several times late on Saturday night. “Both resulted from ball losses,” the first of which came from Corentin Tolisso in the first half, after he had earlier played a decisive role in setting up Thomas Müller’s opening goal by winning the ball in counter-pressing.


“Leroy plays the ball back a bit too sharply,” Nagelsmann explained of the misplaced one-two between Sané and Tolisso. “Then it is totally difficult for Coco to somehow clear it or get it under control. “

“He did well in the offensive position “

Christopher Nkunku took advantage of Tolisso’s stumble in midfield to set up the 1-1 through André Silva. Tolisso, on the other hand, quickly ticked off the scene and was also involved in Bayern’s second lead. His strong slot-in pass was taken by compatriot Kingsley Coman and served goal scorer Robert Lewandowski in the middle.

“He did well in the offensive position,” Nagelsmann praised Tolisso, whose future is still not clear. The midfielder’s contract expires in the summer.

The fact that he was substituted “already” after one hour had less sporting reasons. Apparently Tolisso had taken a blow in the back during Müller’s supposed 2:1, which had been taken back shortly afterwards due to a foul by Lewandowski, and “indicated that the back was closing up a bit”, as Nagelsmann explained it. Jamal Musiala came into the game for the stricken Tolisso. And the youngster, too, Nagelsmann thought, “did very well after his substitution. “