HomeSerie AMourinho laughs after all: El Shaarawy equalises late against Napoli
Serie A

Mourinho laughs after all: El Shaarawy equalises late against Napoli 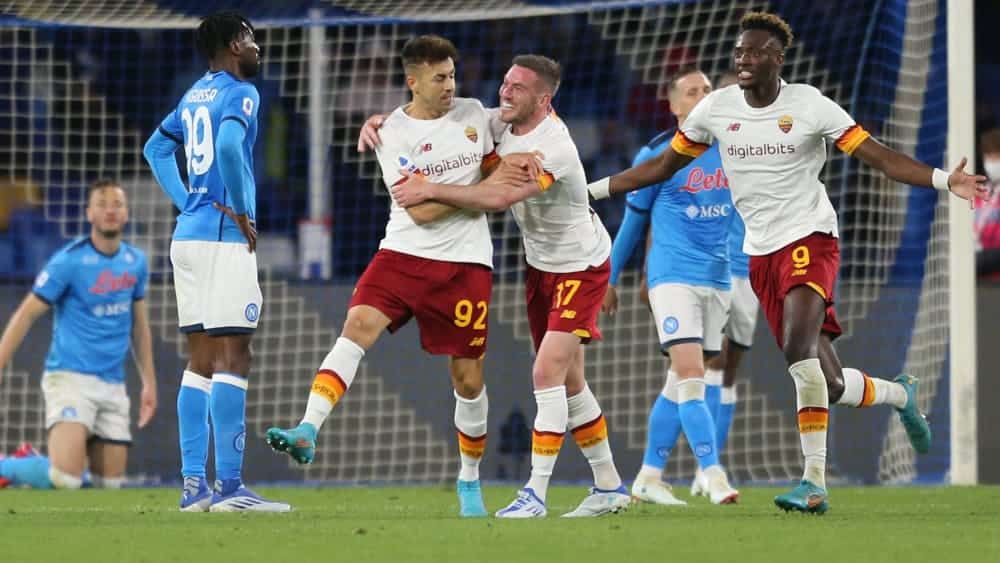 For a long time it looked as if SSC Napoli would keep pace with Milan’s top duo. But then in injury time a joker from AS Roma stung.

After the victories of Inter (3-1 in La Spezia) and Milan (2-0 against CFC Genoa), SSC Napoli were already under considerable pressure in the fight for the Scudetto – the motto was almost: losing was forbidden.

Napoli were accordingly committed from the start and pressed Roma deep into their half. When they entered the penalty area for the first time, things immediately got dicey: After a VAR report, referee Marco di Bello assessed Ibanez’s challenge on Lozano as foul play (7th). Captain Insigne converted the penalty kick (11th).

Roma must first collect themselves

Roma looked shocked and hardly took any action after that. The home side kept the pressure on but failed to convert a double chance by Osimhen and Lozano to extend their lead (20.). After more than half an hour, the Giallorossi had finally shaken off the shock and slowly became more courageous. For the first good opportunity, however, they needed the help of their opponents: Osimhen deflected a sharp free kick from Pellegrini towards the goal onto his own crossbar (39th).

Napoli keeper Meret, who replaced Ospina, who was not in the squad due to flu symptoms, only had to intervene with Zalewski’s shot from an acute angle (45.+1).

The second half was much more straightforward. Napoli did not do more than was necessary and repeatedly made mistakes. Only a few shots from Zielinski (69th) and Elmas (71st) were able to score.

Roma were now much better defensively, but offensively they continued to look unfortunate. Abraham missed a header from a promising position (61st), Mancini had the right timing but no precision (66th).

Roma would have liked to equalise with a penalty, but referee di Bello deemed Meret’s intervention against Zaniolo not worthy of a penalty. The Giallorossi bench took a fundamentally different view, substitute keeper Daniel Fuzato saw the red card (79th) – Mourinho smiled away the annoyance. 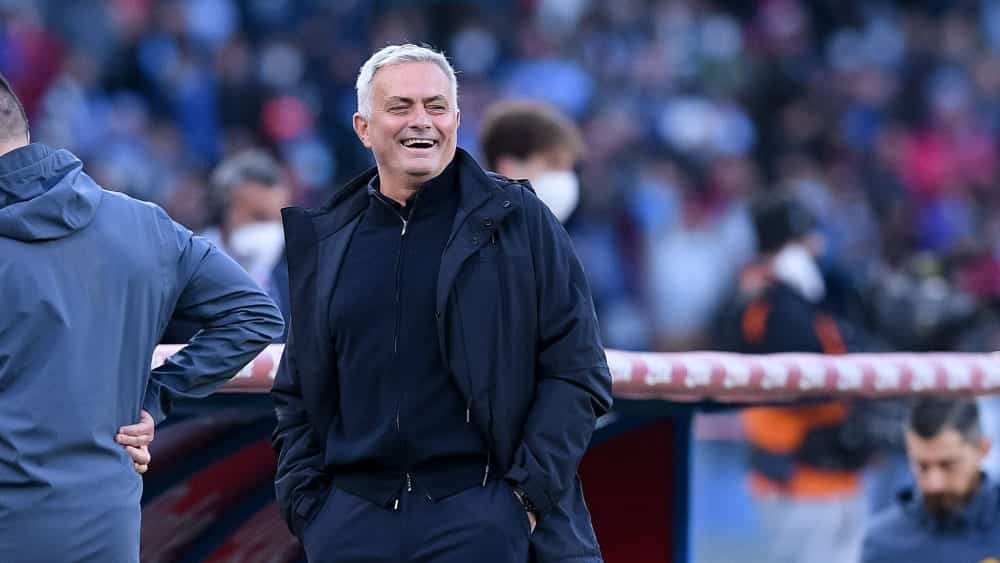 Just a little later, however, the Portuguese was allowed to have a good laugh, partly because he himself was involved: in eight minutes of injury time, Roma came forward down the right via Pellegrini. Abraham’s pass into the middle was cleverly passed on to substitute El Shaarawy, who finished into the left-hand corner (90.+1).

Roma remain unbeaten in their twelfth Serie A game in a row. Napoli, on the other hand, let the Milanese top duo slip a little and are now two points behind second-placed Inter – Mourinho’s former club (2008-2010, CL winners) are Roma’s next opponents.