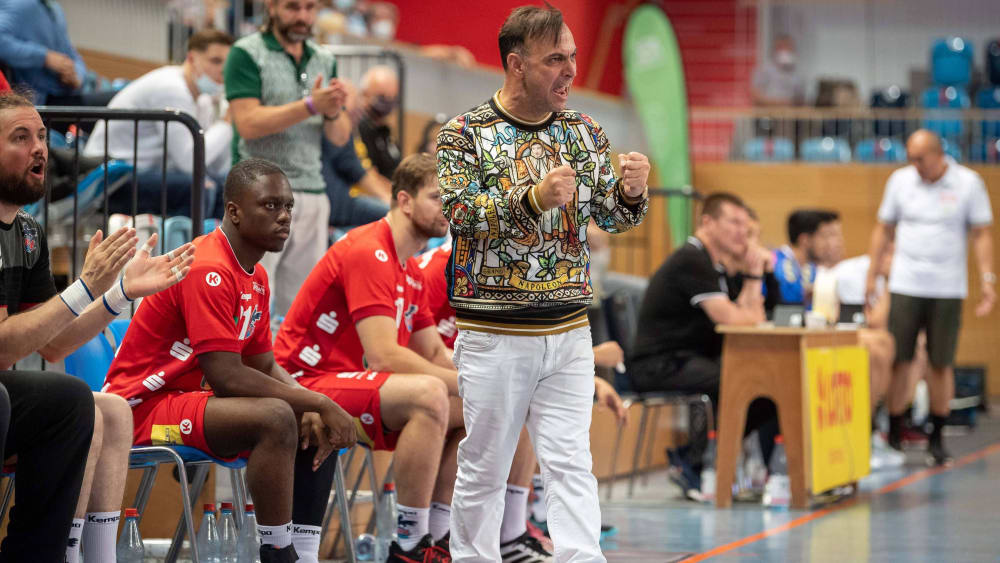 After eight years, Bob Hanning is leaving the DHB. The feisty manager with a penchant for colourful jumpers will undoubtedly leave a void in German handball.

Bob Hanning can hardly wait for the weekend. “First I’ll present my book, then I’ll celebrate a bit with a few friends and put the DHB chapter to bed with a glass or two of good red wine,” says the outgoing vice president.

For eight years, Hanning wore himself out in the German Handball Federation. He helped to reorganise the federation against fierce opposition, quickly led the national team to great successes – but now it’s over. Hanning is finished. And he is at peace with himself.

In an interview with the SID, Hanning emphasised that he was leaving “with a smile on his face. I am very satisfied with what has happened over the years. But to be honest, I am also glad that this episode is now coming to an end. They were eight intense years that took a lot of energy.” On Sunday, Hanning will be officially bidden farewell by the association at the DHB’s national convention in Düsseldorf, when Jörg Föste, managing director of Bundesliga club Bergischer HC, is to take over his job.

Where Hanning was, there was “Bob’n’Roll “

Where Hanning was, was “Bob’n’Roll” – that’s what he calls it in his autobiography, which comes out on Friday and is provocative with the cover alone, which shows him on a golden throne. “Bob’n’Roll” is certainly also an allusion to his many disputes, which he fought with plenty of passion.

There was the dispute with the then DHB president Bernhard Bauer in 2015 (“I would have liked to spare him and the federation the mudslinging”), there was the inglorious end with Christian Prokop, the national coach he pushed through, in spring 2020 (“I’ll take the blame for that”). And there was the massive conflict with handball legend Heiner Brand, whose end in the federation was heralded by Hanning shortly after he took office.

Never “the experience, but always the result “

He has no regrets about any of this, says the 53-year-old: “When you take on responsibility, you can’t always please everyone.” For Hanning, one of his core messages was and is never “the experience, but always the result”. And that, on balance, is something to be proud of.

These are things and successes that I will never forget.

With the sensational European Championship triumph in Poland in 2016 and Olympic bronze in Rio the same year, Hanning catapulted the national team together with coach Dagur Sigurdsson to heights not seen in a long time. “These are things and successes that I will never forget. But much more important to me is that we have implemented a new professional structure and a whole new culture in this association,” says Hanning.

Today I think: Bob Hanning is a great one. Despite the jumpers.

As of now, this future will take place at the DHB without Hanning. And it might be difficult for the federation to spread the colour that Hanning gave to the sport without him, the self-proclaimed “Napoleon of handball”. For it is not just the much-discussed colourful jumpers that will be missing from German handball. Hanning’s charisma and assertiveness, but also his energy and passion, are unparalleled in the scene.

Hanning promises: “I will be heard at points “

“I used to think: an egoist. Worse still, an egocentric. Someone who thinks he is the navel of the handball world,” says former national player Stefan Kretzschmar about Hanning: “Today I think: Bob Hanning is a great man. Despite the jumpers.”

Hanning will certainly not be completely out of the window. As the managing director of the Füchse Berlin and an ardent fan of the national team, he will continue to get involved, he promises: “I will be heard selectively. Where it is important. And maybe also where it hurts. “