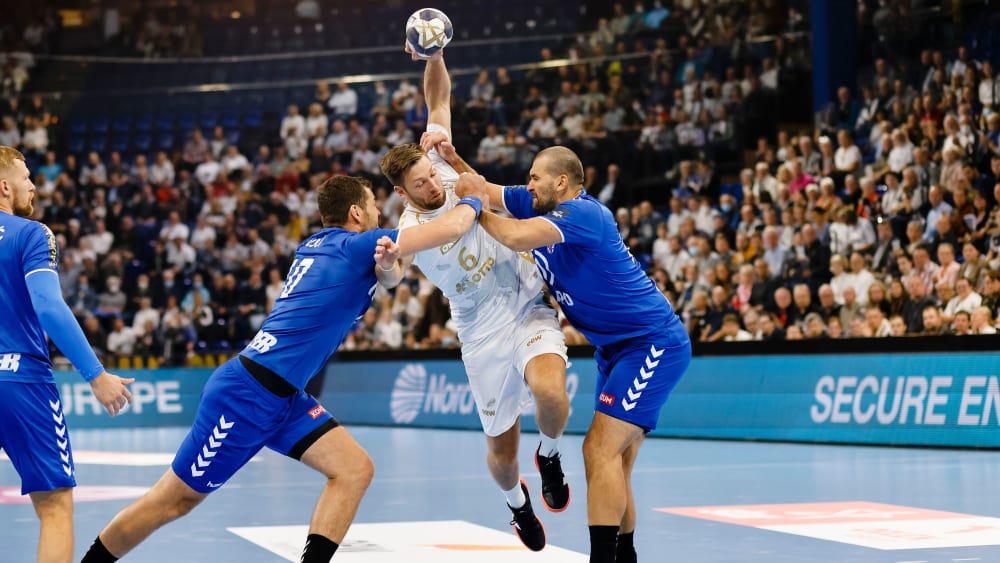 Handball record champion THW Kiel returned to the track of success against Zagreb in the Champions League. The SG Flensburg, however, had nothing to gain from the match.


THW Kiel celebrated their third victory in the preliminary round of the Champions League. In the duel of the national record champions, the North Germans won 36:28 (18:15) against HC Zagreb from Croatia on Wednesday. The best scorer for the “Zebras” was Harald Reinkind with eight goals. Filip Vistorop and Ivan Cupic scored six goals each for Zagreb.

After a slow start and the first goal in the fifth minute, the hosts, who had to do without Rune Dahmke (foot injury) and Steffen Weinhold (infection), improved in defence. With more attention and aggressiveness, the Kiel team won the ball and took the visitors’ back line out of the game. Zagreb, however, remained dangerous on the outside and managed to keep the game close. Shortly before the half-time signal, Sander Sagosen increased the lead to three goals again.

THW turn up the heat after the break

The North Germans turned up the heat after the break. First, playmaker Domagoj Duvnjak increased the lead to 23:18 (36th), then Niklas Landin defended a penalty throw by former Bundesliga player Cupic (37th). With that, the spell was broken. Already 19 minutes before the final whistle, guest coach Ivica Obrvan took his last time-out. In the final phase, Kiel’s young players Philipp Wäger and Leon Ciudad Benitez were also given a few minutes of action.

Runners-up SG Flensburg-Handewitt, on the other hand, are still waiting for their first win in the top flight. Coach Maik Machulla’s team was defeated 29:37 (16:21) by Polish top club Vice Kielce and remains bottom of the table in the strong Group B with one point. Against the team of national goalkeeper Andreas Wolff, the Flensburg team trailed by three goals early on and never came within striking distance. The SG’s best scorer was backcourt player Hans Aaron Mensing with nine goals.

The Flensburg team was quickly down 0:3 (3rd). After 3:7 (9th), SG coach Maik Machulla took the first time-out to reorganise his team’s play. Especially the offensive actions were extremely error-prone. Defensively, the North Germans conceded too many easy goals. To make matters worse, the SG keepers Benjamin Buric and Kevin Möller hardly had a chance to distinguish themselves.

After the second half, the hosts, led by German national goalkeeper Andreas Wolff, got off to the better start. Dylan Nahi increased the lead to 24:16 in the 35th minute, but Flensburg fought back as hard as they could. With eight minutes to go, they had reduced the deficit to five goals at 27:32. In the end, however, the SG had no chance against the clearly superior Polish team.