HomeSerie AMadness in Turin: Rioting, VAR, red cards and the next Juve draw
Serie A 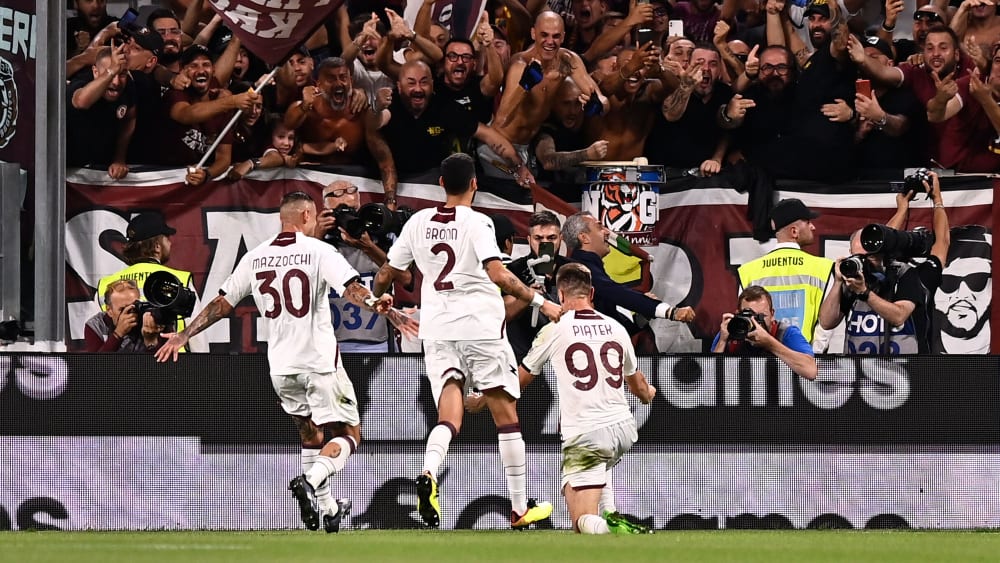 What a Sunday evening in Serie A! After a surprising 2:0 lead of outsiders US Salernitana, Juventus comes back, even makes the supposed 3:2 in the end. But then the madness really paves its way …

The Turin stadium was silenced late on Sunday evening – three times in the first 45 minutes: relatively early, in injury time and at the break. For outsiders US Salernitana, generally already doing very well this season (only one defeat so far), were actually leading 2-0 at record champions Juventus.

Announcement number 1 came as early as the 18th minute: after a diagonal shot, Cuadrado initially made a bad mistake, allowing Mazzocchi to pick up and dribble into the penalty area on the left. There, the player showed several oversteps, outdanced McKennie and fired the ball sharply into the centre. Candreva rushed in and made it 1-0 from close range.

But that was not enough: When the striker Piatek, on loan from Hertha BSC, finished off a pass via a sliding tackle (45th), a penalty kick was called for. After VAR intervention, a clear handball by Bremer was revealed, a penalty was awarded – and Piatek converted it to make it 2:0 (45.+5).

By the way, this lead was not undeserved for the visitors from Salerno, because they showed themselves cheeky, stood securely at the back and left very little to chance against once again rather unimaginative Torino. A few shots by Vlahovic here, good dribbles by homegrown Miretti there – and a good save by Salernitana keeper Sepe (7th and 9th) – that was all the “Old Lady” had to offer so far.

Bremer opens the race to catch up

Surprisingly, Juventus started the second period with anger in their belly – and quickly scored to close the gap to 1:2: After a great cross from Kostic, the substitute from Bremen nodded in powerfully and unstoppably (51st).

But the Bianconeri could not keep up the pressure for long, Salernitana stood defensively much more secure again and kept the action away from their own box and keeper Sepe. And that until the final phase. In the latter stages, however, the underdogs lacked offensive relief, which almost led to the 2:2 by Turin’s Joker Milik (74th).

But that was just the beginning of the crazy final minutes on this Serie A Sunday evening: Milik hit the crossbar in the 89th minute before Alex Sandro scored a penalty after Valencia had been clearly booked (90.+1). Bonucci, however, initially failed to beat the strong goalkeeper Sepe, but scored with his weak left foot on the follow-up shot to make it 2:2 (90.+3). And only a minute later Milik rose high and put a header into the top right corner for the celebrated 3:2 – so much so that the newcomer from Marseille was shown a yellow card for taking off his shirt (90.+6).

But it did not stop there! After minutes of scuffling, where some apparently already wanted to hear the final whistle, the two biggest brawlers – Salerno’s Fazio (90.+7) and Turin’s Cuadrado (90.+9) – and probably also Juventus coach Massimiliano Allegri – were given a straight red card.


As if that wasn’t enough, the referee suddenly stepped into the review area, took another look at the 3:2 – and justifiably ruled it an offside by Bonucci, who had interfered with Sepe’s Milik header. Ergo, it was 2:2 again, and it stayed that way – even if the game even cracked the 100-minute mark at the end. All in all, Juve came back from 2-0 down and still had to live with their fourth draw in six league games (only two wins).