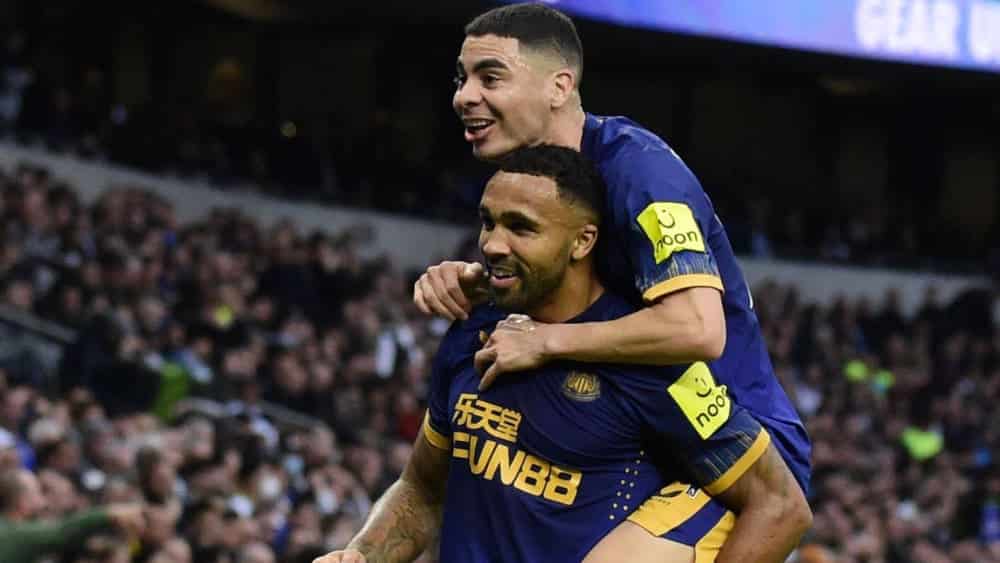 Newcastle United also impressed at Tottenham, beating Spurs 2-1. So the Magpies jump to a Champions League place – Spurs keeper Lloris played his part in that.

When Newcastle were not in possession of the ball in the early stages – around 80 per cent of the game in the first ten minutes – Spurs striker Son was dangerous. Tottenham were comfortable in their transitional play against the tight Magpies and twice knocked on the South Korean’s door. Son’s shot was just inches wide (3rd) and shortly afterwards Pope Son’s one-on-one prevented Son from taking the lead (11th).

After a quarter of an hour, the Spurs had arrived in the game in an organised manner. And they became more dominant, while Newcastle had not been able to create any real chances despite an appealing performance. In addition to Son, Kane now also came on the scene, against whom the strong Pope shone this time with a foot save (29th).

Lloris does Tottenham a disservice

Tottenham were well on their way when Newcastle stepped up a gear again. And took advantage of the moment. After Lloris’ misplaced attempt to clear outside the box, Wilson lifted the ball over the Frenchman and into the net (31st), and not much later Almiron was able to break through on the right far too easily against several Spurs – and make it 2-0 (40th).

After the restart, the home side did a little better, although Schär sniffed at the 0:3 from a Spurs corner (53.). Immediately afterwards there was a corner for Tottenham, after which Kane struck again – already his tenth league goal (54.). Conte’s team kept the pressure on and kept the game open again.

Spurs run on – in vain

Willock’s cross, touched by Wilson, could have been Newcastle’s early answer (57th), but the Magpies lost their grip on the game. Apart from substitute Perisic (69th), the home side were unable to find a useful finish as Newcastle, at least defensively, were convincing until the final whistle.


With this impressive away win, Newcastle jumped to fourth place in the Champions League, while Spurs, once again defeated, lost ground on the top of the table.