Khedira complains: “That plays into the opponent’s cards”. 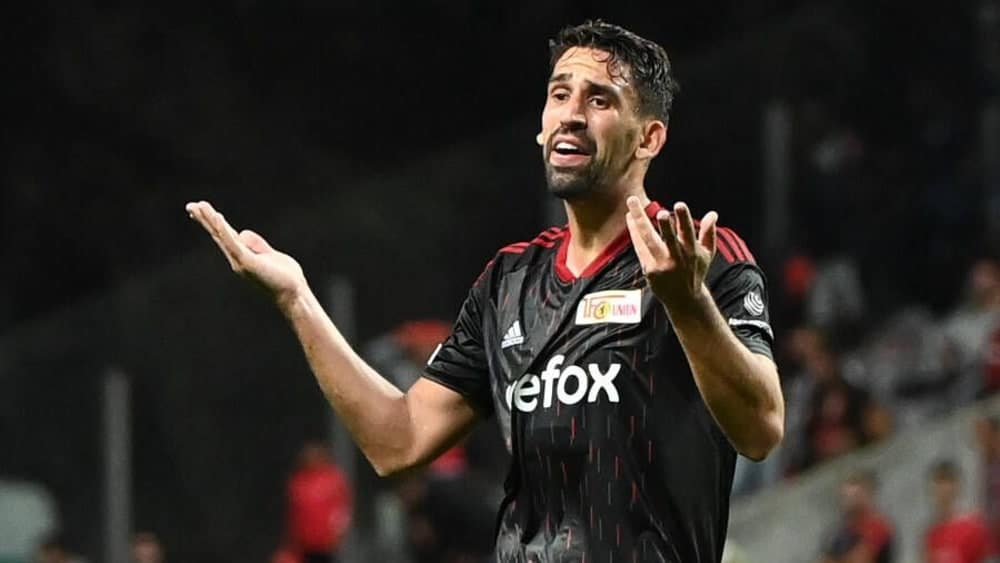 Union Berlin did not want to take much blame after the failed away match against Sporting Braga in the Europa League. Nevertheless, Rani Khedira had pinpointed the reasons for the defeat.

Until the 77th minute of the game, the Bundesliga leaders had only allowed one goal-scoring chance in the Europa League clash in Braga. Otherwise, the Köpenicker bulwark stood firm and Sporting Braga could not get through. Then Union gave the ball away in their own build-up, and the home side were rewarded with the only goal of the day, which was sealed by a rebound from a long-range shot. Rani Khedira, who had captained the Köpenicker side, was also annoyed by the result.


“When you lose the ball like that away from home, it naturally plays into the opponent’s hands,” said the 28-year-old on RTL. The bottom line was that he had seen a decent performance from his team. “I think we played a really good away game. We had a lot of control with and against the ball,” Khedira praised.

However, the defensive midfielder also knew just what the flaw was. “Unfortunately, we were not compelling enough.” And the chances that Union did have remained unused. Coach Urs Fischer also noted that the number of scoring chances should have been enough to take the lead himself. “We had the clearer opportunities,” Fischer pointed, for example, to the two chances by Becker (14th) and Diogo Leite (15th) in the first half. Ryerson, too, could have put the Eisern in front later (48th). “You have to score goals at this level. We didn’t manage to do that.”

For the second time in a row, Union now lacked the necessary bit of luck on the offensive in the Europa League, while it rang once each at the back – the same picture in the 0:1 against St. Gilloise. Now the Berliners are already under pressure before the 3rd matchday of the preliminary round. On 6 October, they will play at home against Malmö, who are also without a point so far.