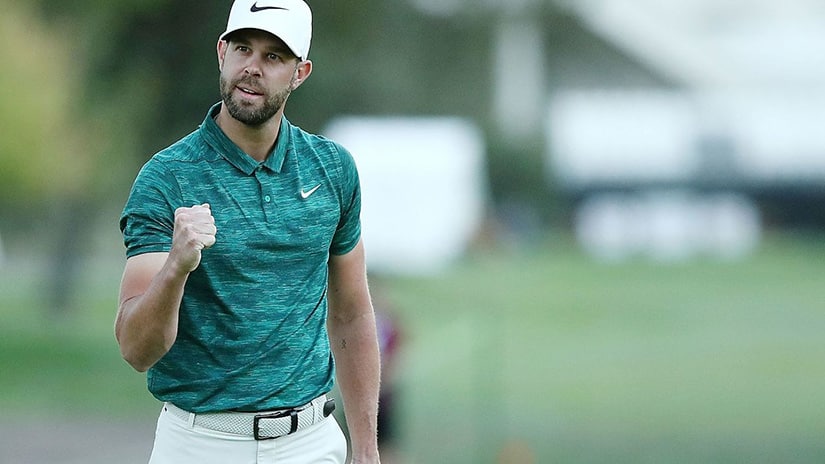 After the excitement of the Ryder Cup last weekend, golf fans didn’t have to wait too long for some more memorable golf moments at the Safeway Open. Kevin Tway managed to get three consecutive birdies in a play-off to beat Ryan Moore and Brandt Snedeker after they had all tied at 14 under.

Tway is the son of Bob Tway, the 1986 US PGA Championship winner and after clinching the title in dramatic fashion, he immediately was asked about his Dad. He said: “I think he’s probably crying to be honest. He’s probably the biggest person I lean on. I can’t wait to call him.”

Tway turned pro back in 2011 and up until now his best performances saw him claim two 3rd place finishes. His career high FedExCup rank is 69 so this achievement was a really big feat for the American.

He won the playoff with a 10-ft putt to better Moore, after Snedeker had already been eliminated. Snedeker will be ruing not taking his chances, as he had held a five-shot lead in the final round.

More misery for Snedeker after he missed out on Ryder Cup

Brandt Snedeker has seen his fortunes fade towards the end of 2018. At one point he looked like he would be selected for the Ryder Cup after a year dogged with injuries.

However, he missed out on a place and the likes of Bubba Watson and Tiger Woods were chosen for the US team that went on to lose to an outstanding Europe effort. Snedeker will be hoping that 2019 turns out to be better, although his Wyndham Championship victory was a major highlight for 2018.